Egan Bernal: “I don’t care if I’m fifth or tenth in the Tour of Spain” 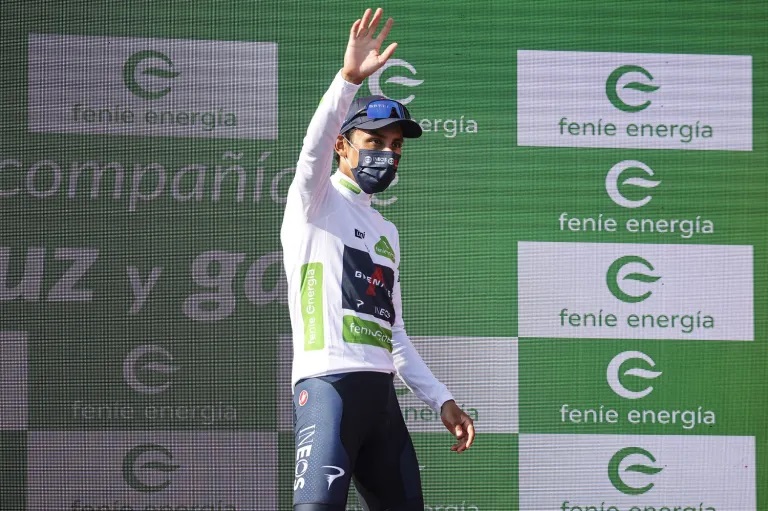 Egan Bernal (INEOS Grenadiers) is aware that his options to fight for the privileged positions of the Tour of Spain are alive and he affirmed this Tuesday that he hopes to have the condition to lead the battle, in search of winning places in the general.

Fabio Jakobsen (Deceuninck Quick Step) took the victory to the sprint in stage sixteen of the Vuelta a España, contested between Laredo and Santa Cruz de Bezana over 180 kilometers, while Odd Christian Eiking (Intermarché-Wanty-Gobert Matériaux) continues to lead the general ranking.

Jakobsen, who obtained his third partial victory and thus secured the lead in the points classification, overcame Jordi Meeus (Bora Hansgrohe) and Matteo Trentin (UAE Team Emirates) who were second and third with great authority in the final meters.

Bernal, head of the INEOS Grenadiers ranks, hopes to have enough energy to put the Vuelta in check in the remaining rounds. “I think the rest was good, we already needed it, and this stage was good to release the legs. Attacking Roglic, I would like, I have nothing to lose, I don’t care being fifth or tenth overall, but for that you have to have legs ”.

“In the Giro I was attacking from afar even as the leader, which shouldn’t be done, but I felt strong and I like to run like that. Let’s see how I feel, if I feel good I will move ”, added the rider who is seventh overall.

The Colombian highlighted the great strength of his team. “We have a very strong team. Yates is also very good, I see him very strong, the problem is that we have lost two riders, and both Pavel Sivakov, Dylan Van Baarle and Salvatore Puccio are doing a very good job, I don’t know if they will be at their best tomorrow. But let’s try it, first you have to have legs ”.

Miguel Ángel López (Movistar Team) and Egan Bernal remain fifth and seventh, respectively, in the individual general classification, prior to the dispute of the decisive day this Wednesday that will conclude in Lagos de Covadonga.