Egan Bernal: “It is difficult to think about winning, but the Tour of Spain is very tough and anything can happen” 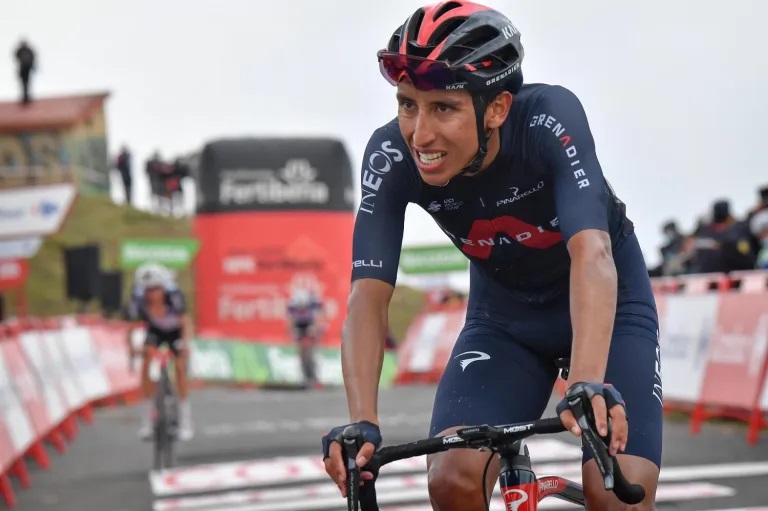 At a press conference valid for the first rest day of the Tour of Spain, the Colombian runner Egan Bernal gave a positive balance of what his performance has been in the first week of the race in the last great stage lap of the season 2021.

Bernal affirmed that he is not in full condition. “I don’t think you can get to a great lap at a not so good level and then improve. It may be the opposite. We are talking about a Tour of Spain. That must be clear, it cannot always be improved. In my case I feel that I am picking up some rhythm. I am gaining confidence ”.

“I’m not so good. I think I have a different feeling in general, not just on the climbs. I feel like I can go here at a good tempo, at my own pace, but then I can’t accelerate as much. I have lost almost two minutes and it is difficult to think about winning, but this race is very tough and anything can happen, because of the pandemic I am not at my best level ”, added the INEOS Grenadiers climber.

The Cundinamarqués highlighted the solidity of the leader Primož Roglic. “Before attacking you have to have good legs and so far I haven’t had them. I have not been at the level it takes to attack. So far Roglic has not shown any weak points. He is a very strong runner, an Olympic champion, he has won two laps of Spain and is one of the best in the world ”.

Bernal confirmed that the approach in his team will change as a result of what happened in the first 9 stages. “Adam Yates and I had agreed that we were going to help each other, but then we realized that it was better for each of us to do his race. He with his rhythm and I with mine. I understand that if he is doing better it is difficult to tell him to wait for me, on the contrary, if I had had to wait for him, it would not have been easy either ”.

“The important thing is to have two cards among the first. I have a very good relationship with Adam Yates and we are going to go day by day ”, said the rider who is fifth in the general classification.