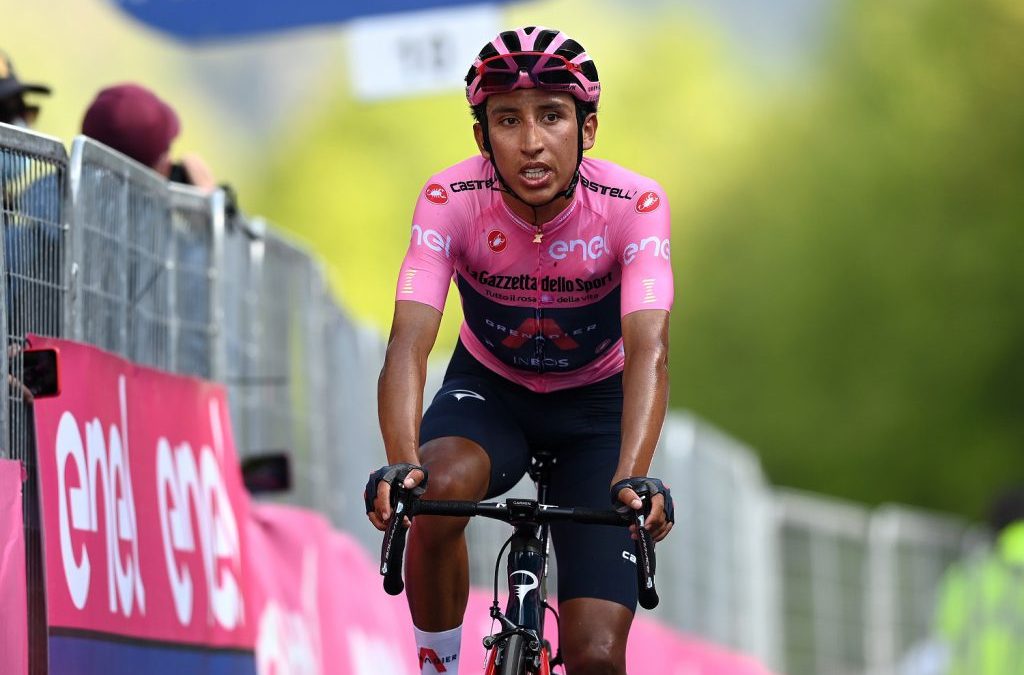 When Simon Yates passed the sentence line in Alpe di Mera as the winner of the penultimate mountain stage, doubts were cleared as to the future of the Giro d’Italia and his final podium next Sunday in Milan, as the main actors led by Egan Bernal were the main architects of the show.

The day that ran in good weather had its beginning with expressions of solidarity and accompaniment by the caravan (delivery of floral offering by the organizers of the Giro and the total of the prizes by the cyclists) towards the families of the victims of the terrible accident the previous Sunday in Mottarone, where the stage with the first category mountain prize should pass this Friday.

The day’s escape could not be missed in this fraction and after an intense 40-kilometer battle, finally there were 6 men who managed to integrate it: Larry Warbasse (AG2R Citroën), Nicola Venchiarutti (Androni-Sidermec), Giovanni Aleotti (Bora-Hansgrohe ), Mark Christian (EOLO-Kometa), Quinten Hermans and Andrea Pasqualon (Intermarché-Wanty-Gobert) but they would never achieve the advantage of other leaks due to the control exercised in teams such as Simon Yates’ BikeExchange and Almeida’s Deceuninck.

Thus, the race reached its last 50 kilometers with the group of six fugitives at the command and the lot at 2 minutes 15 seconds, missing the 15-kilometer mountain prize in La Colma (third category) and the final climb to the finish line, where the great battle of the day would be fought because the five escapees -Venchiarutti gave ground in the penultimate climb- managed to crown La Colma, but with a meager difference that allowed to foresee the prompt neutralization of their attempt, as in fact happened when there were eight kilometers to go and the definitive ascent began.

From that moment and with the rhythm imposed by the Deceuninck, the leading batch was losing units until it was reduced to its maximum expression and five kilometers Simon Yates launched his final attack with the logo “All or nothing” and achieved his maximum objective, win the stage. Leader Egan Bernal dispelled any doubts about his performance with a tough and intelligent defense supported admirably again by Jonathan Castroviejo initially and then Daniel Martínez in the crucial three kilometers. Thus the unknowns were cleared and the great protagonists of the Giro ratified their positions and objectives.

The penultimate stage of the Giro 104 will be held this Saturday over a distance of 164 kilometers, starting in Verbania. Fraction that will pass through Switzerland and will ascend three first-class mountain passes, the first two; Passo San Bernardino and Passo della Spluga over 2000 meters above sea level, prior to arrival in Alpe Motta.