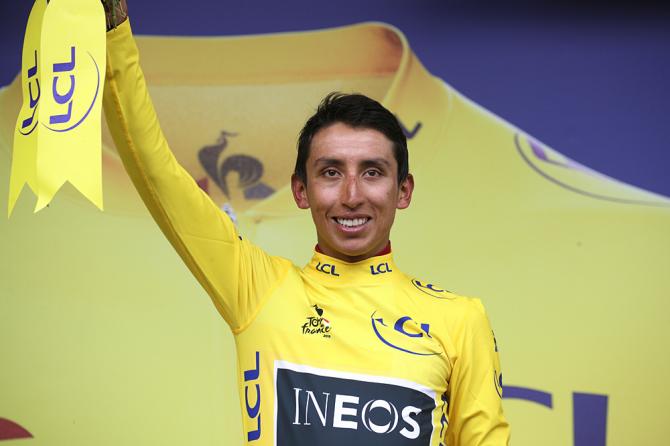 PARIS. The Colombian Egan Bernal will be the winner of the Tour de France 2019 after defending the yellow jersey on the eve of his triumphal entry into the Champs Elysees of Paris. Vincenzo Nibali wins the penultimate stage while Alaphilippe leaves the podium to the detriment of the Dutch Kruijswijk.

With the route reduced to only 59 kilometers, due to bad weather forecasts and possible landslides, the penultimate stage of the 2019 Tour was launched with the intention of confirming the final podium. The makeshift route avoided the passage through the port of Roselend, first class, but not the high end located in the ski resort of Val Thorens.

The new ingredients foresaw a fast, extreme stage and with limited strategies with what from the start in the city of Albertville the squad put the direct one towards the first ramps of the last mountain difficulty of this edition.

As soon as it started, ahead of the group of favorites a handful of cyclists had already escaped desperate to score a partial victory, but as expected in an impromptu stage, the greatest interest was focused on knowing the reaction of the important men of the general.

At 11 kilometers from the goal of Val-Thorens and thanks to the strong rhythm infringed by the Jumbo team, Frenchman Julein Alaphilippe was off the favorites and lost all hopes of entering the final podium to the detriment of Dutchman Steven Kruijswijk.

That was a key moment to define what will surely be the final podium in the Champs Elysees. It remained to know which cyclist would keep the jersey of the mountain and which one would win the stage.

In the absence of 5 kilometers to finish, Vincenzo Nibali marched alone in the lead 57 seconds from the group of favorites where several attacks were attempted in vain since the Italian would draw enough income to enter alone at the goal of the twentieth stage located at 2,330 altitude meters

While Nibali savored his sixth triumph in the Grande Boucle, the first since the 2015 edition, the favorites allowed Valverde to enter second and Landa in third. A few meters behind were hugging goal Geraint Thomas and Egan Bernal, who this time, was aware of the feat he had just achieved. Be the first Latin American to win a Tour de France. The Colombian joy continued after confirming three of its cyclists in the top 10 (Egan Bernal – First, Rigoberto Uran – seventh and Nairo Quintana – eighth)

The last day is to celebrate

Egan Bernal will be forced to drink one or several glasses of Champagne this Sunday on the route of the Tour de France. The last day of competition will remain destined to pay tribute to the winner of the gala round and for the sprinters to be involved in the fight for the stage victory. In the goal installed in the Champs Elysees, the national anthem of Colombia will be heard for the first time. The flashes will point to a 22-year-old boy who has all the ballots to continue parading in the next few years on the same podium. The absolute prominence will be for him. Tomorrow will begin to write a new story in international cycling. The period of Egan Bernal begins. His promising future has become prematurely present in this discipline. Colombia as a whole can begin to celebrate its most important victory in the history of sport. (es.rfi.fr)