Egan Bernal, pride of America, winner of the Giro d’Italia 2021 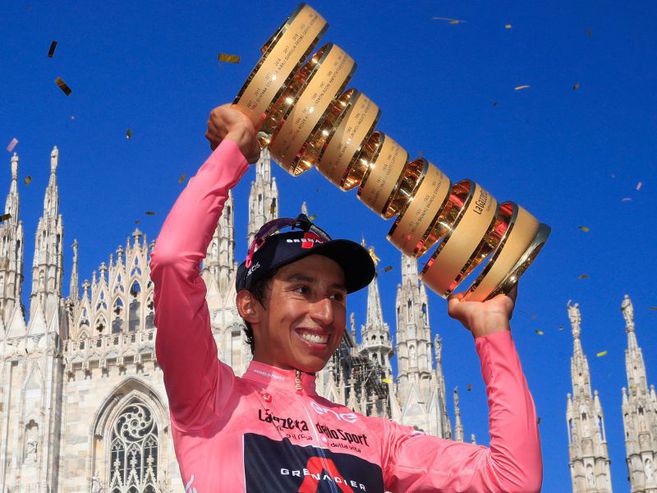 Egan Bernal went through the goal happy. The individual time trial had ended with a deserved victory for his teammate Filippo Ganna. Colombia could already celebrate a new Giro d’Italia champion after the pink jersey obtained by Nairo Quintana in 2014.

Egan Bernal added his second great lap after the Tour de France that he obtained in 2019 and entered the list of the 16 cyclists who have added a double smile in two of the three great tours of road cycling in the world. This year he will go for the Vuelta a España, a triplet that only seven names have been able to achieve.

If we have to make a summary of what this Giro d’Italia has been for the Colombian, it can be said that his start was so thunderous, that the local press compared him with the best Marco Pantani, with the invincible cyclist in the mountains, to times agile on the plane. And he worshiped it the first days, before taking the pink shirt in the ninth stage at Campo Felice, with the telluric thrust of someone who crossed the finish line without knowing that no one was ahead, without having time to celebrate.

In addition to the sporting glory of Egan Bernal and all that this represents for the Ineos Grenadiers team, the British team also took a juicy prize bag due to the great performance of Bernal (also best young man in the race), as well as Daniel Martínez and Filippo Ganna in particular, without leaving behind other luxury riders such as Giani Moscon, Jonathan Narváez and Jhonatan Castroviejo.

Winning the Giro d’Italia was a very difficult undertaking for a Bernal who arrived after a few very gray days due to the complicated back problem that he had to face in recent months and which was made even harder by the strategy used by his European rivals, which they wanted to demolish it with a demonic rhythm that did not have a moment of truce throughout the entire journey.

The joust that ended on May 30 has been one of the fastest in history, with an average for the winner of 39,960 kilometers per hour, despite the fact that it was one of the ones with the most climbing terrain. Only so much intensity is explained by the tactics of his main rivals, which desperate resource after seeing that the Colombian could not be overcome if he did not take it to limits that are around absolute sacrifice and heroism.

Seeing the young Zipaquireño resisting tears while the national anthem of Colombia that honored his victory sounded and hearing him recount the harsh moments he lived for almost two years to overcome his back problem moved the world of sports, which surrenders to this young man of 24 years with all the conditions to go as far as his sacrifice and tenacity proposes.

Now he has to rest for a few days and begin his preparation for the Vuelta a España, which is apparently going to be his next challenge, in which he will surely meet two larger opponents, the Slovaks Tadej Pogachar and Primoz Roglic who They can start the competition at a higher level because of the pace that the Tour de France will leave them.

It will not be easy at all, but nothing seems to stop someone who with his triumph in the Giro d’Italia is the pride of Colombia and America. Congratulations champion!