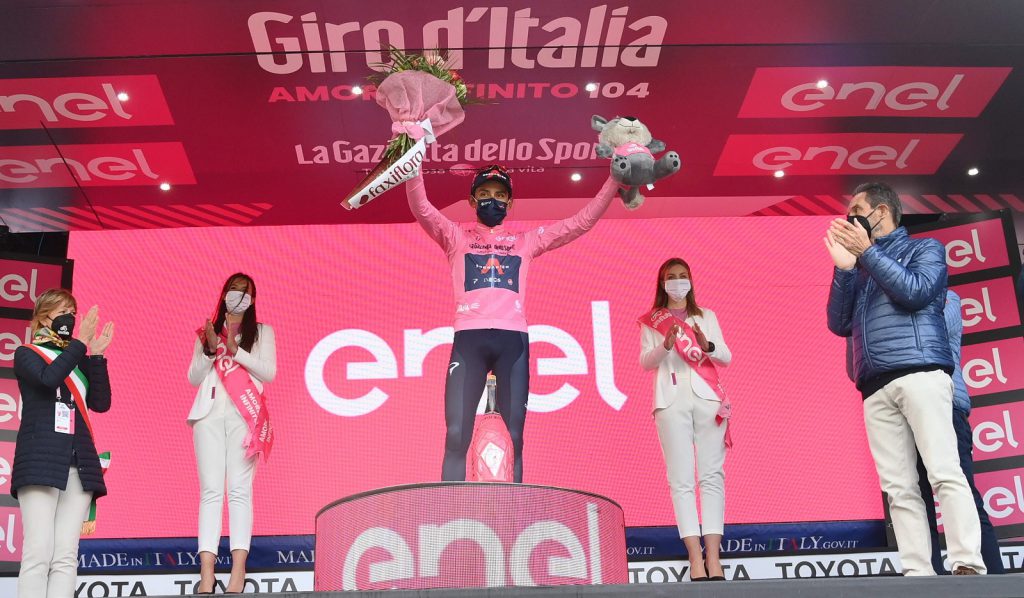 Egan Bernal (INEOS Grenadiers) was second this Saturday in the emotional and spectacular penultimate stage of the Giro d’Italia, contested over 164 kilometers between Verbania and Alpe Motta. Damiano Caruso (Bahrain Victorious) took a great victory on the last high mountain day of this contest in 2021.

Caruso, who was the great attacker of the day and marched a significant number of kilometers on the run, launched the attack on Romain Bardet (Team DSM) three kilometers from the finish, to sentence his second position in the general classification, discounting 30 seconds to a solid Egan Bernal who maintains the lead for the final stage.

The wear, spectacle and emotion was once again starred by the sensational Daniel Martínez, the climber who, in addition to complying with an impeccable job in the pursuit of Caruso, entered the finish line in third position, just eleven seconds behind Egan Bernal who in this way it seems to sentence the Giro and 35 with the Italian who looked exuberant in front of his audience to seal his presence on the final podium in Milan.

In the first ascent of the day to the Passo San Bernardino, the Team BikeExchange and the Deceuninck Quick Step took control of the main group, and imposed a high rhythm that managed to notably divide the group, in which later the Team DSM would set the standard in the final five kilometers from this first port.

Caruso and Bardet, supported by their teammates Pello Bilbao and Michael Storer managed to avoid the climb to Passo della Spluga, with a difference in their favor of more than forty seconds. While Jonathan Castroviejo exercised control in the main group, in which Egan Bernal maintained control, thanks to the very good work of his teammates who managed to keep the race under control until the end.

In the final climb to Alpe Motta, Daniel Martínez took the reins of the group. For their part, in the top group Bilbao and Storer, they suffered the rigor of the intense rhythm and fell off the hook, while Caruso and Bardet left with full determination.

This Sunday with an individual time trial of 30.3 kilometers between Senago and Milan, the 104th edition of the Giro d’Italia concludes. Day that presents a completely flat track, ideal for the dispute of the triumph between the sprinters.