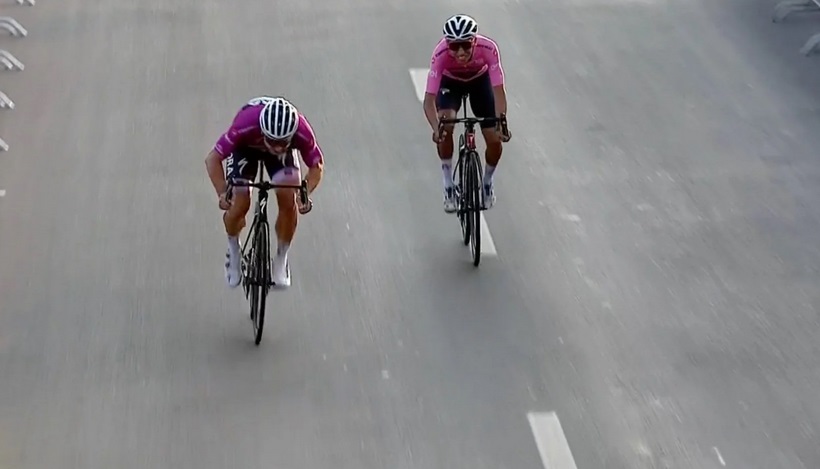 The Colombian Egan Bernal could not with the enormous strength of Peter Sagan’s sprint and what seemed like a friendly day, ended up being an exciting spectacle between them, with the victory for the Slovak, who is the new winner of the Critérium of the Giro d’Italia 2021 .

The event, which was held in the United Arab Emirates, was attended by top-notch runners. Of course, being a Giro d’Italia event, its current champion, Egan Bernal, was there and he was the main rider of all.

But they also counted Peter Sagan, Elia Viviani, Marc Hirschi and Filippo Ganna, who gave more weight to a Critérium that would travel the roads of the Emirati capital, Dubai. It was a 2.1 km circuit, with 30 laps in a spiral shape, paying homage to Amore Infinito, the title given when the Corsa Rosa is won.

Of course, it was an exhibition race, where you would not have the level of an official competition, but the favorites made the difference, especially the Colombian and Slovak, who defined everything.

In the end, there was a cut that Egan took advantage of to go ahead with Peter Sagan, moving away from the main candidate who was Elia Viviani, because in the end the route was flat and suitable for the Italian.

Third was Marc Hirschi, who reached five seconds and completed the podium, in a race that lasted 1 hour 25 minutes and 59 seconds in total, leaving a good show for people in the Middle East.