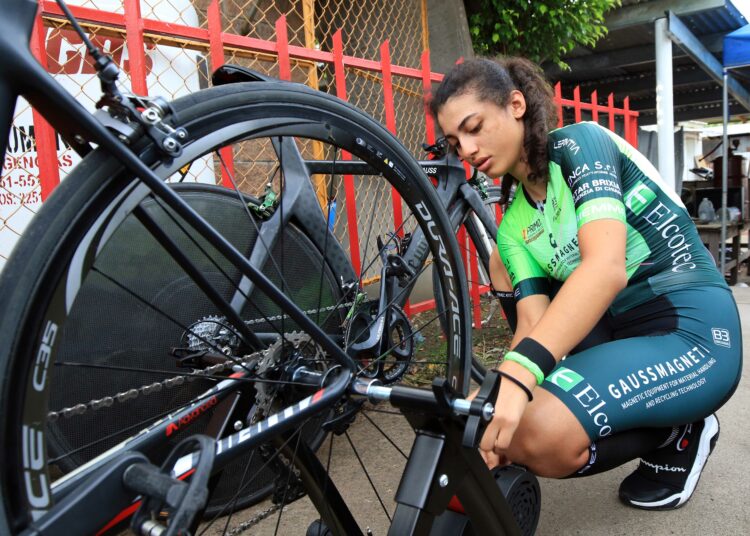 The Salvadoran cyclist born in Italy, Serena Torres, of Team Gauss, national champion of road and time trial in the junior category, will compete in these same tests in the World Road Cycling Championship, which begins this September 19 in Flanders, Belgium, where the best cyclists in the world are gathering.

Serena Torres has fought through thick and thin, as the company in charge of moving her uniforms failed the Salvadoran Cycling Federation with the delivery of them for said event, which set off alarms in Italy since according to the International Cycling Union regulation ( UCI) the cyclist would be sanctioned with a fine for not wearing the official uniform.

Thanks to the quick intervention of Mr. Luigi Castelli, President of Team Gauss, this problem was solved. Through his efforts, it was possible to make the uniform and make it possible to participate in the highest competition in world cycling.

Serena will run the 20-kilometer time trial on Tuesday 21 and closes her participation on Saturday 25 with the road test, scheduled for a 73.7-kilometer track.

The Salvadoran rider has the support of the school and her friends in Milan, in addition to receiving the unconditional help of Mr. Luigi Castelli and Team Gauss, who have financed her participation in this contest.