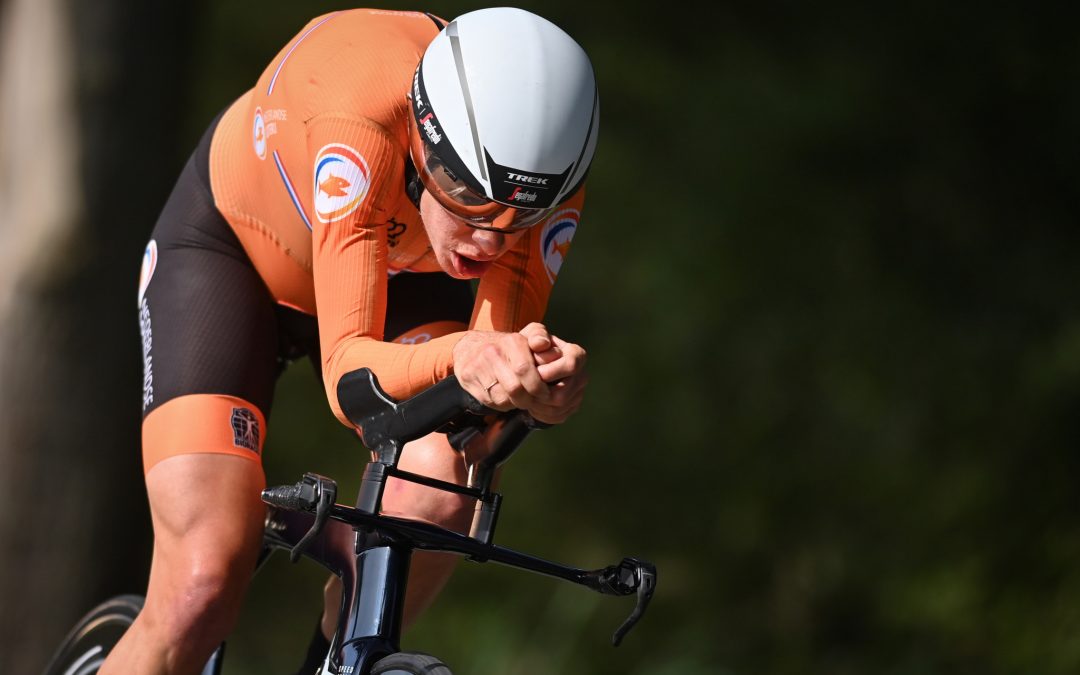 The Dutch Ellen van Dijk won her second women’s time trial title in the World Road Championships, winning this Tuesday in the same elite category; while Belgian Johan Price Petejt did it in the men’s branch, but in the sub 23 category.

Ellen van Dikj triumphed at the event in 2013, before winning silver in Doha in 2016 and bronze in Innsbruck in 2018. This time she was also considered one of the main contenders for the title after taking the crown on the road to the Championship. Europe in Trentino earlier this month, as well as the silver time trial.

The Dutch recorded the fastest times in the first two intermediate time controls, before crossing the finish line in 36 minutes and 5 seconds. Swiss Marlen Reusser, who beat van Dijk for the European title, had a better record than her rival in the first two tests, but fainted in the final stages and crossed the finish line 10 seconds behind the winner, so settled for silver.

Olympic champion Annemiek van Vleuten of the Netherlands completed the podium positions after finishing 24 seconds behind the winner’s time, with a gap of one minute with the fourth runner-up Amber Leone Neben of the United States, who was the best task of a rider from our continent.

By the way, the rest of the American cyclists finished in the following positions: Canadians Leah Kirchmann and Karol-Ann Canuel were eleventh and thirteenth, respectively; American Leah Thomas anchored in 14th place; while the Colombian Lina Marcela Hernández and Yeny Lorena Colmenares reserved seats 34 and 42, respectively. Finally, the Argentine Luciana Roland sealed her presence in ’45.

Johan Price-Pejtersen triumphed in the men’s U23 event

The newly crowned European champion Johan Price-Pejtersen of Denmark triumphed in the men’s under-23 event, which was held on the same 30.3-kilometer course, with a time of 34: 29.75.

The 22-year-old continued with the Danish dominance of the event in the return of this category to the world leaders, after the COVID-19 pandemic forced only elite races to be held in 2020.

Price-Pejtersen finished 10 seconds ahead of Australian Lucas Plapp, now runner-up; while Florian Vermeersch of Belgium finished a second down in third place.

The best runners in America in this modality for those under 23 years of age fell to the Americans Magnus Sheffield (10th place) and Matthew Riccitello (34th place); the Colombians Santiago Buitrago (38) and Víctor Alejandro Ocampo (47), the Canadian Francis Juneau (46) and the Mexican Jorge Peyrot (59).

This Tuesday the time trial races will be held in the junior category for men and women, followed by the mixed team relay on Wednesday (September 22).