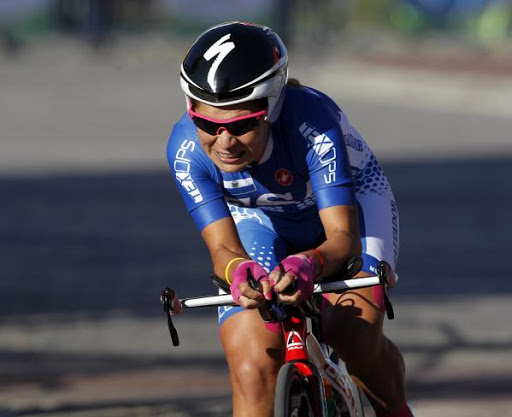 The cyclist Evelyn García prevailed with authority in the individual time trial test with a time of 30:02, at the start of the III Central American Road Cycling Championship, where the Panamanian Franklin Archibold triumphed in the men’s section.

The women’s event included a route of 21.9 kilometers, both for the Elite and Sub-23 category runners, and its starting and finishing point was the Ichanmichen spa in Zacatecoluca.

Evelyn used her experience to impose her rhythm from start to finish and thus win with relative solvency this competition that for so many years has been one of the strongest of her.

“Happy and content with this victory, because I had prepared myself to win and I dedicate it to all the people who are aware of me, but especially to Yamil Bukele, president of INDES, who is supporting me because he believes that I still have something to give. for El Salvador ”, he declared after the end of the event.

The experienced Salvadoran rider, currently based in Spain with her two young daughters and her husband, has returned in the final stretch of her career, to face the Central American and Caribbean Games San Salvador 2022 in the medium term .

“Being able to return to competition has motivated me a lot because great and motivating events such as the C.A. Games are coming in the medium term. and the Caribbean and the support that the president of INDES is giving me has thrilled me “, said the winner of the Individual Time Trial.

The work carried out by Evelyn, before, during and after the competition was supervised by the Colombian coach Paulo Vélez, with whom she also carried out the last training base held days ago in Medellín, Colombia.

At the end of the competition, the rider immediately communicated with her two little daughters to Spain, to whom she also dedicated the victory.

In masculine Panamanians and Ticos won

In the men’s branch, 39.4 kilometers were covered and the winner was the Panamanian Franklin Archibold, with a time of 52.03. The Salvadorans Dagoberto Joya, Brandon Rodríguez, José Herrera and Raúl Monroy took part here, but they were far from the first places, however they are young people who promise a lot for the future and deserve to be supported.