Fabio Duarte approaches his second title in the Vuelta a Colombia 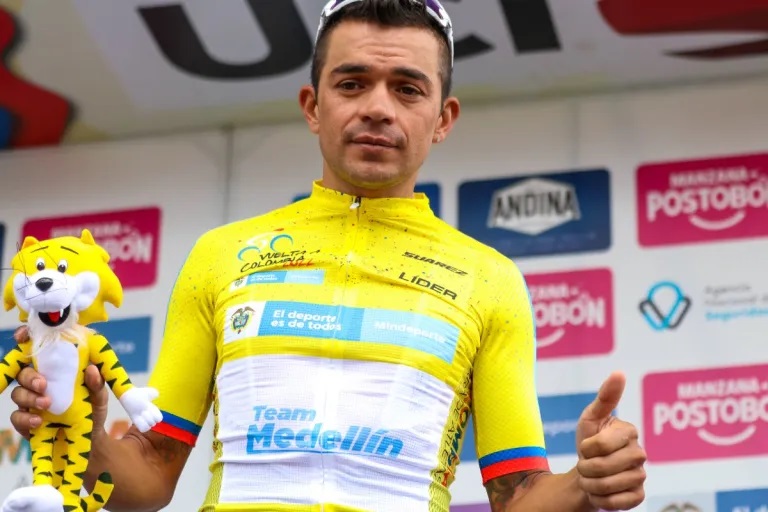 With a fifth place in the ninth stage and the same time as the winner, Robinson Chalapud (Team Banco Guayaquil), the Colombian Fabio Duarte was placed just one day away from winning his second title in a Vuelta a Colombia, which he conquered in the 2019.

With the same time as the winner, a selection of six runners entered, which included the leader Fabio Duarte (Team Medellín EPM), who kept the yellow jersey and increased his difference with Hernando Bohórquez (EPM-Scott GO RIGO GO) to 1:48 and with Julián Cardona (Sistecrédito GW), who is now third at 3:10.

At the end of the fraction, the winner expressed his satisfaction for what was done today. “Very happy for this great victory. At first it was very difficult because of the pace imposed by Team Medellín EPM, but in the end I was able to pack and take this great victory. The idea was to wait to launch the sprint in the last few meters and fortunately it happened to me”, said Chalapud, who has spent time with Team Medellín.

In the first stages of the day, the compact platoon undertook its journey through flat terrain until reaching Alto del Sisga, and then passing through the municipalities of Paipa and Duitama. The escape of the day was made up of Richard Huera (Team Banco Guayaquil), Jorge Castiblanco (Team Illuminate), Robison Armando Ortega (EBSA) and Jhon Jairo Alonso (Team Nativos Payn).

The four cyclists fought to stay ahead of the race, however, the peloton always had them under control and ended up neutralizing them 7 kilometers from the finish line at the initiative of the Sistecredito-GW team.

In the last ascent of the day, the contenders for the title of the Colombian round appeared, where Team Medellín EPM quickened their pace with Aldemar Reyes and Fabio Duarte, further selecting the group of favorites, leaving behind Hernando Bohórquez (EPM-Scott GO RIGO GO) and Bernardo Suaza (SuperGiros Mayor’s Office of Manizales).

This Sunday, June 12, the last stage of the Colombian round will be held, an individual time trial starting at the Paipa Transport Terminal and ending at the Plaza Simón Bolívar in Tunja, over a 41.9 kilometer route, where the successor to José Tito Hernández, last year’s champion.