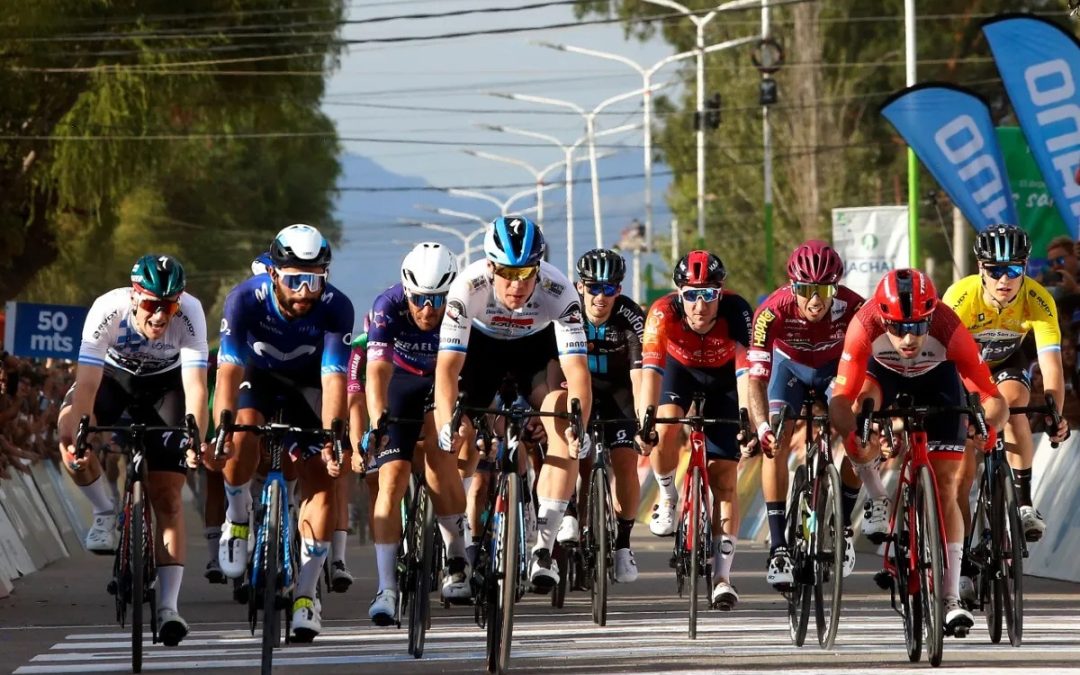 In another finish for sprinters, Fabio Jakobsen (Soudal-Quick Step) won the second stage of the Tour of San Juan 2023 in a close sprint, after traveling 206.9 kilometers between Villa San Agustín and San José de Jáchal; while the Irishman Sam Bennett (Bora-Hansgrohe) saved the lead and continues to command the overall.

The 26-year-old Dutch sprinter appeared over the last few meters and crossed the finish line first, with a time of 4:22:23″. Jakobsen surpassed the Colombian Fernando Gaviria (Movistar) and the Spanish Jon Aberasturi (Trek-Segafredo) in an almost ‘photo-finish’ finish. While the leader of the joust, Sam Bennett (Bora-Hansgrohe), had to settle for fourth place.

The capture followed a chaotic phase of the race, with numerous attacks flying in from the front of the pack, but no further breakaways managed to stay in front. With less than 5 km to go, Víctor Ocampo (Team Medellín-EPM) came out like a motorcycle, however, it didn’t work out either.

At the close, the sprint teams showed they were awake and took on the dirty work. The Soudal Quick-Step and the Bora-Hansgrohe adjusted their speed trains and left everything for the packing in which Jakobsen was the fastest.

“It is very exciting to come to San Juan and win a stage, because it is a very prestigious event and there are great riders. Now it favored me to reach the final sprint in a good position and I was able to prevail because I reserved strength for that finish”, declared the winner of the segment Fabio Jakobsen to the press agencies accredited to the event.

For his part, Colombian Fernando Gaviria said: “It was a complicated sprint, with those two corners in the last kilometer and a half, but yesterday it was clearly more tangled at the end than today, where things went more orderly. We took the final stretch in the position we thought was right, but Jakobsen was a bit ahead of us and we ran out of road. Nothing to regret; A very strong runner won.”

This Tuesday the third stage of the San Juan round will take place, which will take the riders through a circuit in San de Juan Villicum along 175.5 kilometers, with a third-category mountain prize, as well as two intermediate sprints.