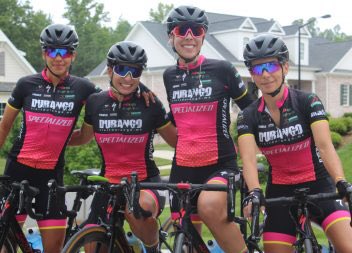 MEXICO. Mexico will be looking to make history this weekend when the women’s cycling team takes part in the first phase of the Winston Salem Cycling 2019 series, which will take place in Winston Salem, North Carolina.

The two competitions are part of the Pro Road Tour of the United States and part of the calendar of the International Cycling Union (UCI) and the first will run this Saturday and the second on Monday with the Criterium Series.

In this way, the technical director of the Mexican team Durango -Specialized-IED, Siddartha Camil, said that the team is on track and after attending the Tour de Gila, also in the United States, now they will face two challenges plus. “It has had a good start to the year in the four international commitments, now we go for two more where the goal is to place one or two girls in the top 10 and seek to be protagonists with some flight,” he said.

He added that the effort is great because each of the members is rising in their sport level and work intensely to occupy a place in women’s world cycling. The Mexican box is formed by the international Verónica Leal, Fernanda Polanco and Ana Hernández, as well as the Colombian Jessica Parra.

Camil stressed that in the Tour de Gila, he was ranked 10th in the final general classification and fourth place in the last stage with Ana Hernández. “We are going well and with the best disposition to look good in this assistance. Little by little the girls raise their sport level and that’s their good, “he said.

In the same way, he thanked the Secretary of Tourism of the State of Durango and the Specialized bicycle brand, State Sports Institute of Durango (IED) and the National Commission of Physical Culture and Sport (CONADE).

This Saturday will be the 60-minute Criterium on a 1.1-kilometer circuit at Bailey Park in the city of Winston-Salem, and on Monday the UCI 1.1 Route runs on the city’s avenues on a circuit of 13.5 kilometers per turn for a total of 98km of race. (NOTIMEX).