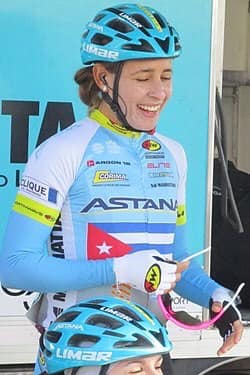 The only escape of the day was Gutiérrez, who took off from the peloton a few minutes after the start of the competition.

Ariadna achieved a difference of 2 minutes and 25 seconds over the peloton during the 99-kilometer course, and won all the points in dispute.

The Mexican swept with the three flying goals and three mountain prizes of third category that made up the test.

But the closing of the round had a great surprise.

In the dispute of the fourth mountain prize, Ariadna Gutiérrez was captured and defeated by her compatriot Andrea Ramírez.

In the last section of road, Gutiérrez fell apart and could not stand the pace of the peloton, where the general leader, the Cuban Arlenis Sierra, who ended up winning the second stage of the Vuelta.

Sierra arrived with a time of 2: 39.28 hours, to continue in the individual general classification 06: 03.47 hours. (publinews.gt)

STAGE TWO OF THE FEMALE RETURN.

CLASSIFICATION OF THE MOUNTAIN PRIZES.