Filippo Ganna can do 57.5 Kilometers as an hour record 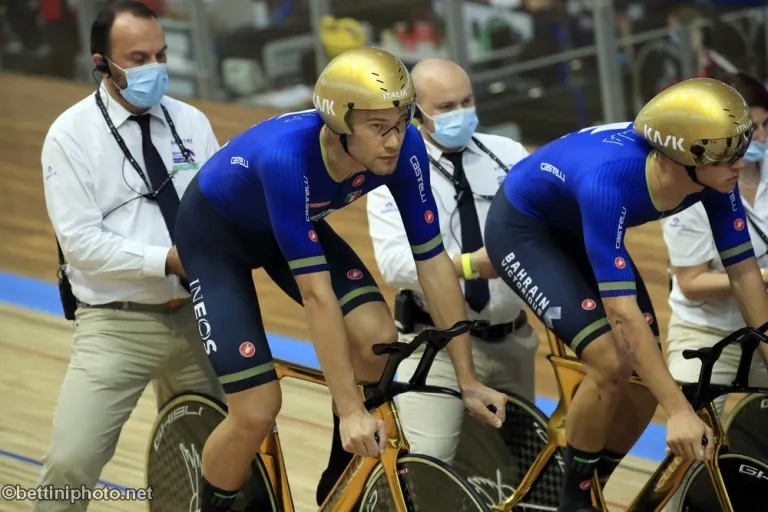 After the unsuccessful attempt by the British Alex Dowset with 54,555 Kms to overcome in the velodrome of Aguascalientes, Mexico, the record of the hour of the Belgian Victor Campenaerts (55.Kms 089 mts) imposed since April 2019 on this same track, the owner of the brand made statements to various media about the British attempt and the possibility that another cyclist succeeds in the future.

In front of Dowset, Campanerts praised the effort, said that he had enjoyed it and analyzed it saying that “he did a very fast first minute and then he held for a while close to my time, but in the end he exploded. However, it was very nice to see him struggling all the time, he did acceleration trying to make up for lost time. He never threw in the towel and was a brave opponent. “

The Belgian specialist who won a stage at the Giro d’Italia added that “If he had lost the record, he would never try again. Of course I am happy to continue having it, but the records are to be broken ”.

Campenaerts believes that world champion Italian Filippo Ganna can beat the record widely, for which he firmly points out: “I won’t be surprised if he manages to do it around 57 and a half kilometers. The pity is that this will be a record that will stand for decades. No one is going to want to try again in no time. “

Referring to Ganna, the hour record holder defines him as “A cyclist of a different level than Dowsett or mine. He is the best time trial in the world and possibly the best of all time. He is also a chaser on the track and if he makes an attempt he can do it with a closed eye. “

Meanwhile, in Italy Filippo Ganna has barely referred to the issue saying that he would like to try it “one day”, but without a date on the calendar, although the Italian media point to the next year as the one that could choose the star of the watch for an attempt that would grab the world’s attention, no matter where it does it.

The cyclist has said that “it will be at sea level because I do not want to have an asterisk next to my name”, alluding to the discussion that exists in the UCI between brands at height and at sea level, highlighting the latter with the famous asterisk.