Filippo Ganna revalidates his world gold in the time real, America with two in the top 20 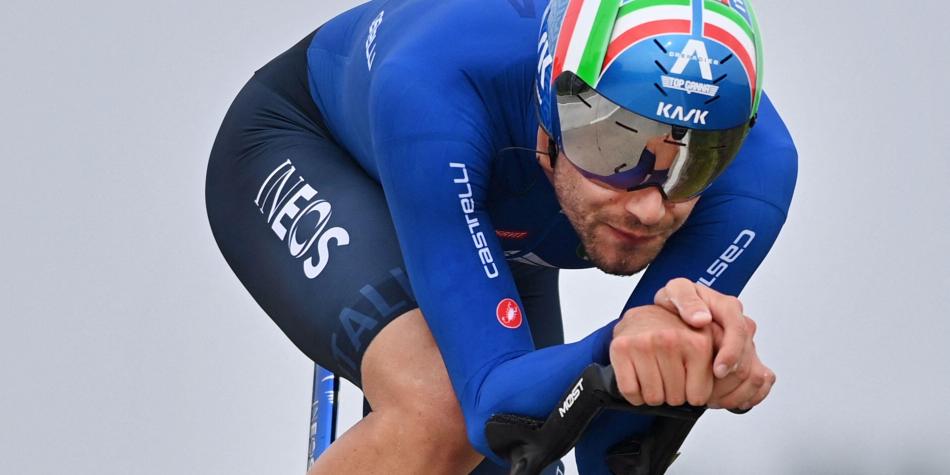 The Italian Filippo Ganna traced the Belgian Wout van Aert, who set the best intermediate times, to revalidate the rainbow jersey in the individual time trial, during the start of the Road Cycling World Championship, which is based in Flanders, Belgium, where two representatives from America could be among the top 20.

Ganna won the 43.3 kilometer test between Knokke-Heist and Bruges, flat and for specialists, with a time of 47 minutes, 47 seconds 83 hundredths, at an average speed of 54.335 km / h, and a lead of 5 seconds about Van Aert.

The Italian victory prevented the Belgian and more specifically Flemish party, since two riders from the region where this World Cup is being held, Flanders, finished second and third. Van Aert also repeated the silver in 2000 in Imola and the young Remco Evenepoel was third and bronze, the same achievement as a few weeks ago at the European Championship in Trento (Italy).

If the Italian who revalidated the title and the Belgians who completed the podium were as expected in the fight for the medals, the riders from America were below what was expected, with the best tasks for the American Lawson Craddock at 2: 36 minutes of the leader and the Canadian Hugo Houle to 3:02, in positions 18 and 20, respectively.

The rest of our representatives in the test were located as follows: Brandon McNulty from the United States (22nd place), 3:08 minutes from Ganna; Rigoberto Urá from Colombia (34) at 4:17; Christofer Jurado from Panama (41) at 6:09 and Franklin Archibold, also from Panama (44) at 6:48.

Special mention deserves the German veteran Tony Martín, sixth now 1:17 behind the winner. This legend of the specialty has already announced that he is retiring after this World Cup and will do so with seven medals, four of them gold, in this race.

Likewise, the best rider of these times closed the ‘top 10’, the double winner of the Tour de France Tadej Pogacar. The Slovenian is also a great specialist against the clock, but he is not at the moment in the same sporting way as when he won in the last two editions of the French race.

For this Monday, the second day of the contest is scheduled with the chrono between women, elite category, and for men under 23; while Tuesday will continue the tough test against time in the junior category.