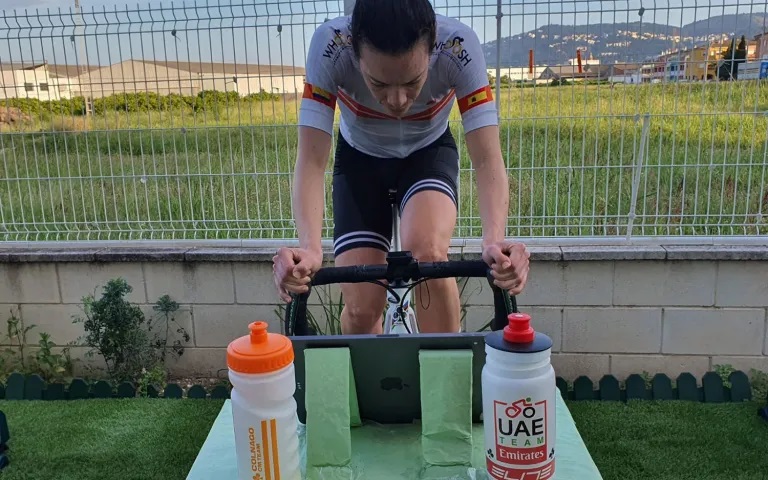 In recent seasons, women’s cycling in Latin America has been growing by leaps and bounds, an example of this is the interest of European teams, who are increasingly looking to riders in the region. Here are the confirmed signings involving Colombia, Mexico, Ecuador, Chile and Cuba for the 2022 calendar.

The cyclist Carolina Upegui Quevedo will leave the ranks of the Colnago CM Team at the end of the season to be a rider for the Spanish women’s team Bizkaia-Durango in the 2022 season. The Antioquia rider will start a new challenge in Europe after the good results obtained in UCI races over the last few years, including three top-5s in various international events.

The most recent was third place in the Grand Prix World’s Best High Altitude in Turkey. Before betting on cycling, Upegui was a seven-time world champion in skating.

The current Ecuadorian road and time trial champion makes the leap to European cycling. Miryam arrives at the Spanish team Massi-Tactic UCI Women’s. The Ecuadorian climber, who has just finished third in the Vuelta a Colombia running for Liro-Sport-El Faro, will run with the continental squad for one season.

In this 2021, she won the Vuelta al Gran Santander. She also finished third in the Vuelta a Colombia, fourth in the Pan American Cycling time trial and second in the Vuelta a Guatemala. She also competed in the Giro de la Toscana, being the first Ecuadorian cyclist to compete in a European professional race.

She is the great reference of Latin American cycling worldwide and signed for two years with Movistar, from Spain, one of the nine World Team teams of the highest category of the female elite. The 28-year-old Cuban rider will share a team with the Colombian Paula Patiño.

Sierra will have another European experience after a season full of good results after her fifth place in the world road championship, the best performance of a Cuban in a contest of this type. She also participated in her second Olympic Games.

The Chilean cyclist is one of the runners with the greatest projection in South America. In the youth category, she was silver in the Scratch World Cup, and gold in the South American Youth Games in omnium and individual pursuit, as well as finishing third in the road event.

In 2021, Soto focused more on road cycling with the Continental NXTG Racing team, achieving good results in the Setmana Valenciana. She was selected by her country to compete in the Tokyo Olympic Games road event, in which she had a leading role with an escape attempt.

Her professional career began in 2018 racing for the Mexican Pato Bike squad. After two years she came to Europe where she has been for a while. The Mexican is one of the bets for the future of the Catalan team Massi Tactic, which reinforced its squad for 2022 with five more runners.

In the last two years, Ramírez was the champion of Mexico in the time trial modality, as well as being the fifth youngest to finish the Vuelta Burgos. Last year she was hovering around the top positions of the U23 world ranking.