Foreign teams in Tour of Táchira increase to eight 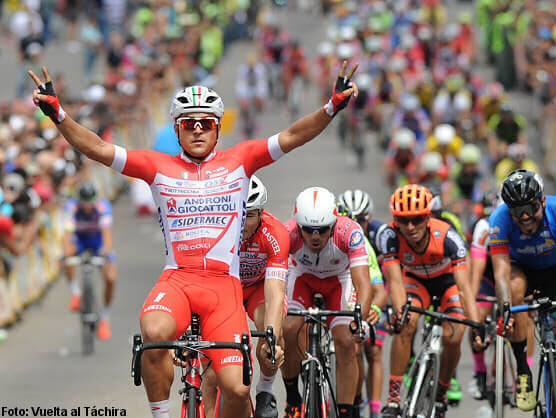 The 57th edition of the Tour of Táchira by Bicycle, which will be held from January 16 to 23, 2022, increased the presence of foreign teams to eight, with the confirmation of another Italian team, the new continental team Corratec, a German bicycle company. which will be sponsored by Montecatini Terme.

The news was confirmed by the race organization on social media. Those led by Francesco Frassi will have a sextet made up of Italians Davide Baldaccini, Stefano Gandin and Giulio Masotto, Serbian Dusan Rajovic, Panamanian José Pitti and young Santander runner Óscar Téllez, who will officially debut with the Italian squad.

The organizing committee of the Andean round, led by Rubén Osorio, president of the Tachirense Cycling Association, valued as very positive the presence of these eight teams that give the event category 2.2 in the UCI Latin American ranking.

“They have been hours of a lot of work, but we are pleased to inform the names of these great teams and the incorporation at the last minute of Corratec, from Italy, with these, we close the requirement of the UCI”, assured the organizers.