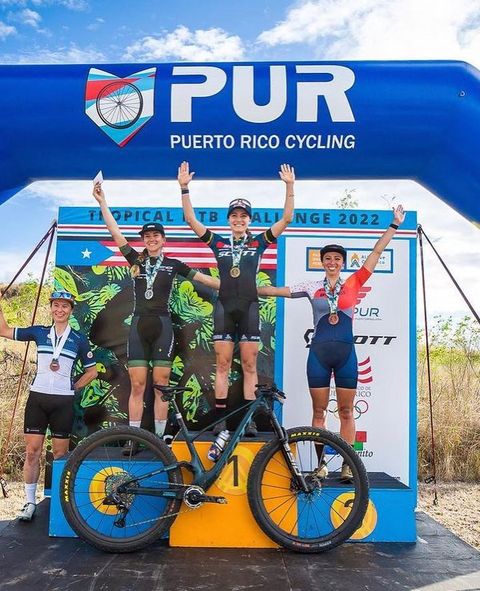 The American and former mountain biking world champion, Kate Courtney, won the short distance route and the Olympic distance of the Tropical MTB Challenge held at the Salinas Olympic Albergue and in Rincón, respectively, in Puerto Rico.

The short route men’s branch was won by Canadian Quinton Disera with a time of 21:25, who led Raphael Auclair and former U23 world champion Carter Woods, both Canadians, by one second. A total of 39 cyclists took the start.

The Tropical MTB Challenge also held competitions for the youth categories (17-18 years old) in both branches. Bailey Cioppa won the women’s and Jack Spranger the men’s.

The fair brought together runners from 10 countries of the American continent and, in addition, three French athletes, for which it constituted an excellent proposal in Puerto Rican land, which will organize another international event in March.