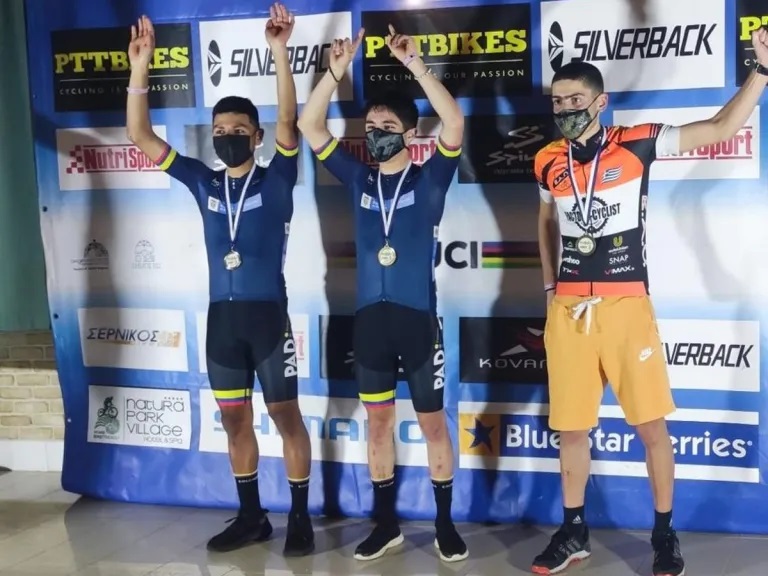 The young Colombian talents with projection in mountain biking, belonging to the PAD (Advancing Project for the Development of Minisport and Fedecycling) performed well. The Colombian delegation won four medals on the opening day of the Greek MTB Races, held in Greece.

In the junior male category, Colombia made it 1-2. Juan Carlos Sánchez won the gold medal and Jhonier Steven Landeta won the silver medal on Kos Island where a series of MTB competitions endorsed by the UCI takes place.

In the same category, but in the female branch, the Colombian team also occupied two places on the podium. María José Salamanca Pinzón won the gold metal and Zharick Sandrit Madariaga took the bronze medal.

The team led by coach José Gómez Cao and with the assistance of mechanic Héctor Andrés Suaza will continue its participation in Greek lands in the Kos Island event, which consists of three more stages, and which includes other races in Salamina from 14 to 24 October.