France presents its candidacy for the 2027 World Championships 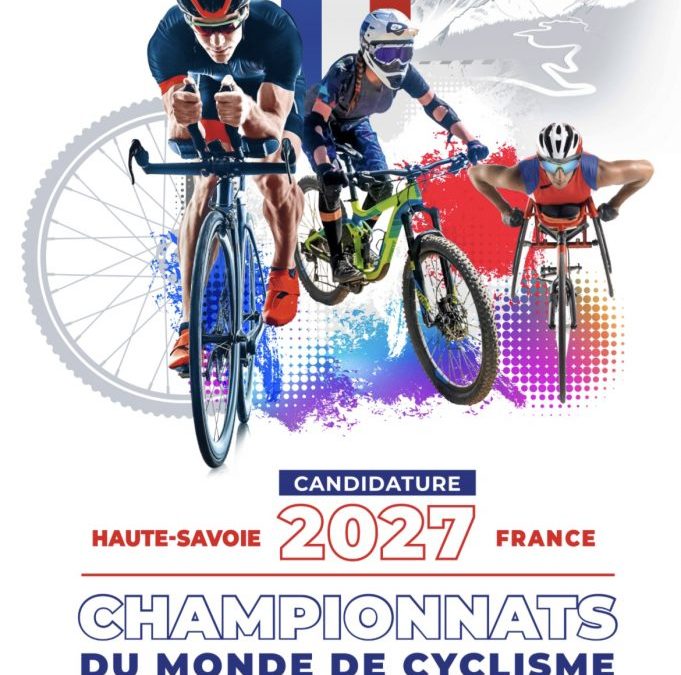 France has announced its candidacy to organize the World Championships in 2027. The venue would take place in the Haute-Savoie department, provided that the French candidacy is finally chosen. Something that will be known in September of this year.

In 2027, the UCI intends that it be a country or a region that brings together the world championships of all cycling disciplines. This will not be a novelty, since in 2023 Glasgow and Scotland will be in charge of hosting this World Cup event.

The presentation of the French candidacy was attended by numerous personalities, some of whom were very important in the world of cycling, such as Bernard Hinault. The president of the French Cycling Federation, Michel Callot, and the President of the Departmental Council of Haute-Savoie, Martial Saddier, were in charge of speaking.

Haute-Savoie, a land of high mountains and cycling, is proud to support France’s attempt to conquer the summit: the organization of the 2027 UCI World Championships.

“The majestic Mont Blanc, the roof of Europe, the mythical steps, places of historical feats and regular training, Lake Geneva and Lake Annecy are an exceptional setting and so many assets to give relief to our candidacy”, argued Saddier.

It is a whole territory of athletes and enthusiasts, with rich and modern infrastructures, in a geographically close radius, which supports this initiative. Anchored in a great tourist region of France, in the heart of Europe, with its tradition of hospitality, its local know-how, its culture and its terroir, Haute-Savoie is naturally a showcase of the beautiful country, homeland of cycling.

“This reaffirms the department’s commitment to making cycling a priority in its actions for future generations through the construction of bike paths, the construction of an indoor velodrome, the celebration of major events in environmental excellence and education in “knowing how to ride.” ” in the schools. We would be honored to welcome you in 2027,” said Michel Callot.