Francesca and Felicia, champions in the BMX Supercross World Cup 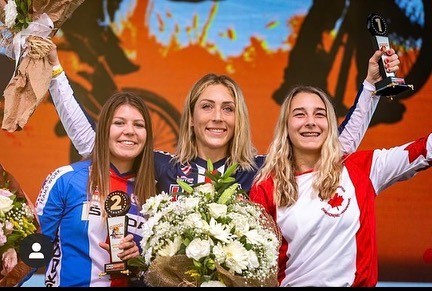 For his part, the title of Stancil occurred in a peak heat, where the double Olympic champion, the Colombian Mariana Pajón finished in seventh place, although she maintained the top of the ranking of the test with 485 cards. Behind the northerner, Czech Eliska Bartunkova and Canadian Molly Simpson took the podium, in that order.

In the case of men, Colombians Vincent Pellaurd, Mateo Carmona García and Diego Alejandro Arboleda disputed the final, but they could not pass the fourth, fifth and seventh place, in that order at this stage, which led a triad that was put suddenly at the top of the ranking: the Swiss Simon Marquart, the French Joris Daudet and another Swiss Cedric Butti.

Finally, in the men’s sub-23 category, the Ecuadorian Cristhian Castro Cevallos maintained the third place after five segments, despite the fact that in Turkey he did not do well with the 18th position. The Italian Pedro Bertagnoli took the gold, the Japanese Asuma Nakai the silver and the Swiss Tim Weiersmueller surprised with an incredible bronze, since he did not accumulate previous participation.

This Sunday, round 6 of this BMX Supercross World Cup will take place, while the Turkish city itself will host the last two stops on October 30 and 31.