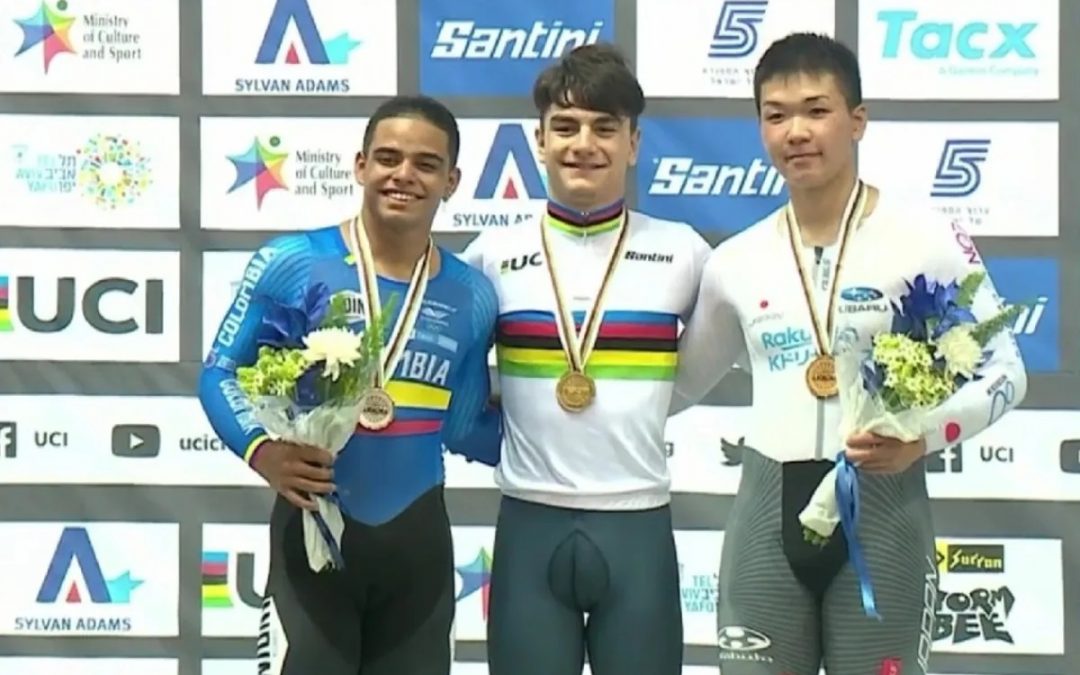 America accumulates two silver medals through the American Chloe Patrick in the scratch and the Colombian Francisco Jaramillo in the keirin, after the first two days of the world junior track championship, which is held at the Sylvan Adams national velodrome in Tel Aviv , Israel.

The northerner showed her usual power and disputed the sprint with the Polish Maja Tracka, but a front wheel left her with second place, while the Ukrainian Anna Kolyzhuk finished with bronze.

For his part, the cyclist from Barranquilla Francisco Jaramillo, the new promise of track cycling in Colombia, a member of the Advanced Track Development Project (PAD), showed that he is one of the best world exponents in keirin, in which he had arrived to the final, after dominating their respective heats in the first round and in the semifinals.

In the final, the Colombian had an impressive comeback with three laps to go, in which he managed to go from fifth to second place, and was very close to overtaking the Italian Mattia Predomo, who would ultimately be crowned world champion of the event. .

A very promising debut for the 16-year-old youth from Barranquilla, who is also the national champion in this test, and that excites him in the face of his participation in the men’s speed, which will take place this Thursday.

Also present at the keirin test was Miguel Ángel Jaramillo, Francisco’s brother, who failed to pass the first round of qualifications.

In other results, in the women’s speed, the Colombian Luna Álvarez achieved the best time in the qualifying round, with a record of 11.349. In the round of 16, the Atlantic native beat the Italian Beatrice Bertolini, while in the quarterfinals she lost to the Korean Yunseo Na.

Finally, Jaider Muñoz Restrepo from Antioquia finished in 13th place in the scratch final, which was won by Dominik Ratajczak from Poland.

This Thursday the competitions of the Junior World Track Championship will continue, in which Francisco and Miguel Jaramillo will compete in the individual speed; Jaider Muñoz in the 3,000-meter individual pursuit, and Jhojan Marín in the points event.