FRANK TRAVIESO, FIRST WINNER IN THE VUELTA A NICARAGUA 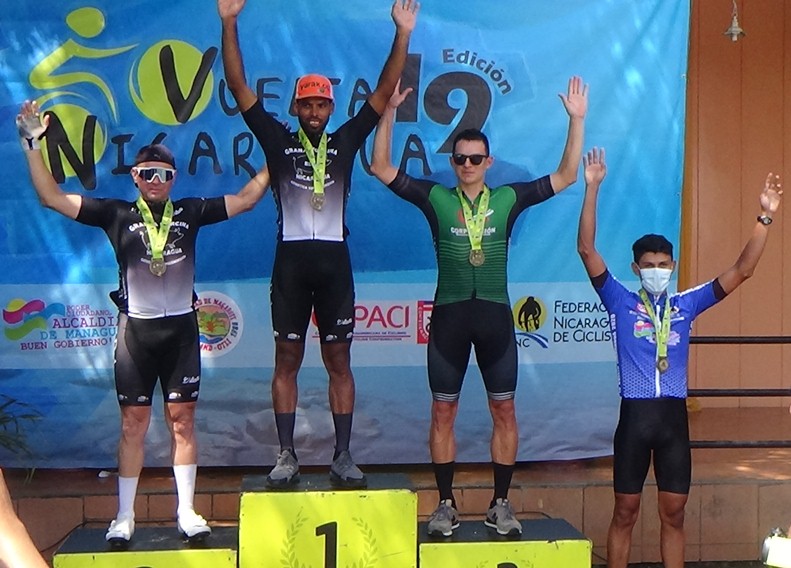 The EDA Contractor Team rider, Frank Travieso, conquered the first stage of the XIX edition of the Vuelta Ciclística a Nicaragua.

In a route of 103.4 kms that included departure in Nagarote to Malpaisillo and return again to the municipality of the department of León, 63 runners from 11 teams (10 locals and one from Costa Rica) took off on a completely flat route, so from before from the start it seemed perfect for sprinters.

On the way to Malpaisillo, the municipal seat of Larreynaga, there were several escape attempts that were controlled.

Upon their return, the EDA men quickened their pace and with several jerks they left a part of the platoon hanging.

In the last section, the Real Estelí pinoleros tried to break away but a few kilometers before the finish line they were eaten by the head of the multicolored snake.

With the finish line in sight, the battle of the main teams began to launch their best sprinters and it was there that the EDA Contractor managed to finish the job with Travieso as leader and his teammate Hernán Márquez at his wheel, the Costa Rican Leonardo Campos from the HC Corporation completed the podium.

The Nicaraguan of Real Estelí, Hernán Rojas commands the classification of flying goals by winning the 1st disputed today and placing 2nd in the complementary one. Donovan Ramírez of Costa Rica took the latter and with 6 points is sub-leader.

The Individual General Classification after this first section has the top 5 as follows: