Franklin Archibold is crowned champion of the Tour de Panama 2021 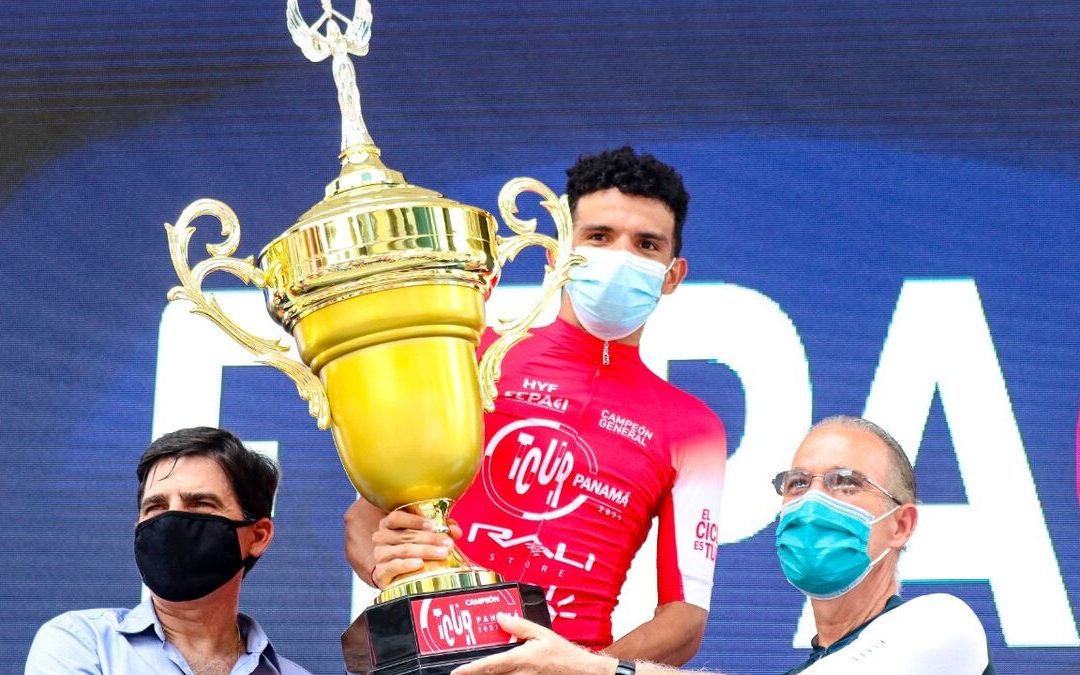 Franklin Archibold became the fourth cyclist from Chiriqui to win the Tour of Panama, and in this 16th edition he did it in a big way by winning four stages and being the owner of the regularity, mountain and best national classifications.

“It has been a race that we did not win alone, behind have been my teammates who always responded, thank God we got this title for Panama,” Archibold said after the last stage that ended this Sunday.

In the individual general classification Archibold added 11 hours 51 minutes and 28 seconds, surpassing by 2:24 minutes to José Castillo (Venezuela country of the future) and by 2:38 minutes to also Panamanian Christofer Jurado who completed the final podium.

“Panama has a good selection with a view to the Central American Road Championship that will be run in September in El Salvador, this has been demonstrated and we have to continue working hard,” added the rider whose prize on this Tour was a Ford Figo Group vehicle. Fiftieth anniversary.

On the regularity Archibold finished with 120 points and on the mountain he captured 14 units.

The sixth and last stage of this international pedal event was won by Christofer Jurado with a time of 1 hour 46 minutes and 45 seconds in the 84.7 kilometers, on a closed circuit between Calle 50 and Panamá Viejo. Julio Padilla (Ópticas Deluxe) and the Spaniard Alejandro Gomiz (Netllar Alé) escorted him with the same time.

“We were able to close as we had planned, with another stage victory for Panama, we are optimistic about the work done in this competition,” commented Jurado known as the ‘Captain of the West’.

The final classification of flying goals was for the Costa Rican Jhon Jiménez who totaled 24 points, beating the Spanish Arnau Sole (Controlpack) who accumulated 10 points and the Panamanian Fernando Ureña (Descarados Cycling Team) who made 8.

In the Junior category, Colombian Héctor Molina (CSCG Support Clean Sport) dominated the classification with a time of 11 hours 58 minutes and 38 seconds, while in Master A did Jaime Rivas (Rali Store) with 12:01:25 hours.

Six provinces reviewed the 2021 Panama Tour, which was started by 254 riders from four continents, finishing 171 in the peloton.