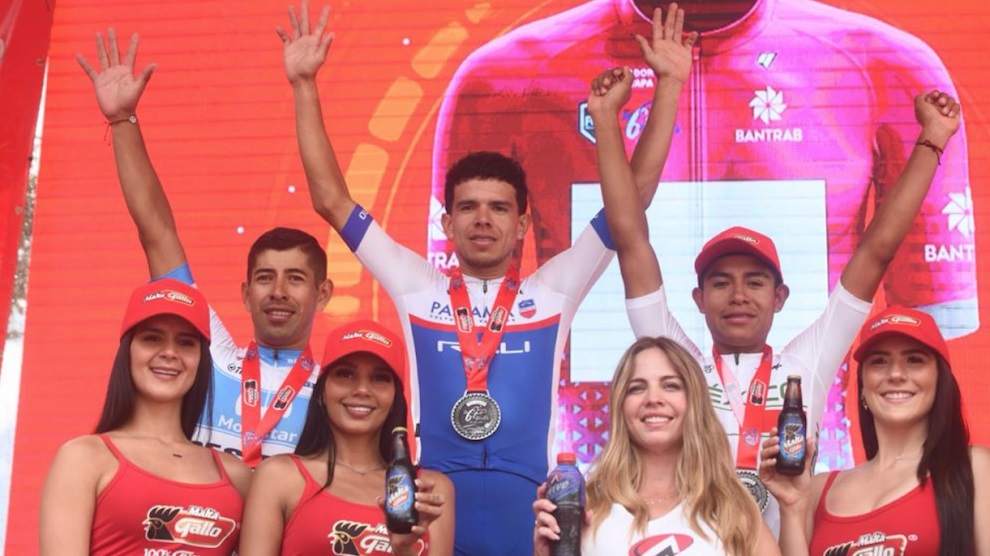 In a great display, Franklin Archibold (Panama is Culture and Values) won the eighth stage of the Vuelta a Guatemala 2022 by winning the solo breakaway; while the Guatemalan Mardoqueo Vásquez (Hino-One-La Red-Tigo-Suzuki) maintained the leadership of the race.

After having won his second stage in the Vuelta a Guatemala 2022, the Panamanian Franklin Archibold was very satisfied with what he had achieved, although he acknowledged that this 61st edition has been extremely difficult. The first celebration of him was in the second stage, in the land of the legendary former champion, Edín Roberto Nova, Monjas, Jalapa.

“That was quite a tough stage, but we tried and it gave us the result. I am happy to be here giving a nice show”, expressed Archibold in the conference after winning the stage, a victory that he dedicated to his wife and son.

“The course was difficult and fast, especially through the first category mountain pass in the middle of the competition. Thank God it made me a good day, it gave me time to take the race well and I launched myself through the stage and thank God I was able to win it”, he added.

“It has been a very hard Vuelta with a lot of mountains, there was a stage with many curves, but we have managed to pass each stage at the right time and now there are only two left to finish, we hope to do it in the best way, from the hand of God”, finished.

The solid leader of the Vuelta continues to be the Guatemalan Mardoqueo Vásquez (Hino-One-La Red-Tigo-Suzuki) and in second position is the boyacense Wilmar Jahir Pérez (Cerámicas Castelli-Asociación de Quetzaltenango) at 2:21 behind the leader.

This Monday the ninth stage of the Guatemalan round will be held, starting in Parramos and ending in Patzicía, over a 120-kilometer route on undulating terrain that includes 5 mountain awards. The successor to the local rider Mardoqueo Vásquez, champion of the last edition in 2020, will be announced next Tuesday on the slopes of the Volcán de Fuego in Escuintla (Guatemala).