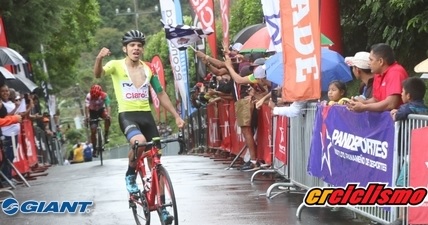 CHIRIQUÍ. The queen stage of the Vuelta Chiriquí had a lot of spectacle for the spectators, where there was a hard mountain and where the leader Archibold showed that the strongest cyclist of the Vuelta, winning stage and leaving his title ready for lack of a day for the closing, by Daniel Bonilla and Anthony Sánchez were the best Ticos.

In total, the stage had 133 kilometers with two steering wheels and four demanding and very hard mountain awards, with sectors such as La Chancleta that demanded the most from the cyclists.

The flyers again had a duel between Padilla and the Jhon Jiménez tico, being the victory for the Guatemalan who also left his title on the flyers.

Once the flyers were finished, the ground started upwards where Ininco started to throw a block and where Jordan Ruiz and Fabricio Quiros found two men who would help him in the ascent to Potrerillos.

On the other hand, the second and third of the general Luis López and Daniel Bonilla could not and were giving seconds that they could not recover.

The second important ascent came La Pared where Samudio wanted to test the leader, but Archibold was strong and did not let go of Samudio, while Castelblanco stayed there giving his teammate a hand.

Behind the group of Bonilla and Lopez could not, despite all working, and each time they were losing more time with respect to the pointers who were already facing the last five kms to finish.

These last five kilometers at the finish line were extremely hard and at least three times Samudio wanted to prove to Archibold that he answered all his attacks and made it clear that he was very strong by the end of the stage.

For its part, Castelblanco already with the forces to the limit was short and could no longer stay on top, the stage would be taken by Archibold, followed by Samudio and third Jorge.

The general in the absence of a stage is with Franklin Archibold at the head with 20:46:36, followed by Carlos Samudio de Rali-Claro at 2:07 and third Jorge Castelblanco at 2:36.

For this Thursday comes the end of the Chiriquí Tour with a 92 kms circuit in the center of David, Chiriquí. (crciclismo.com)