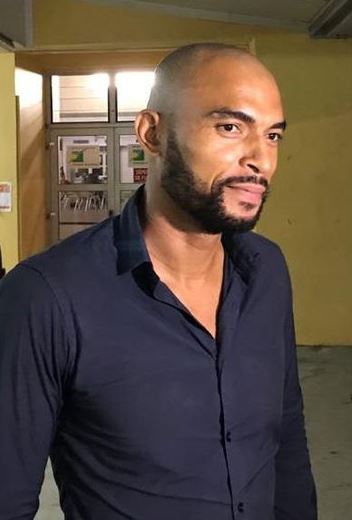 He was the only candidate for the succession of Clotaire Boécasse, who died on May 2. Frédéric Théobald was elected this Wednesday, June 10, to preside over the Guadalupe Regional Cycling Committee.

A choice without surprise, but one that was not, however, a formality. After the resignation of the four opposition representatives led by Philibert Moueza, 15 of the 20 members of the steering committee participated in this vote, which took place behind closed doors, in the honor room of the Gourde-Liane velodrome in Baie- Mahaut. But the session created some tension. The candidacy of the former Excelsior president was clearly not unanimous within the management team.

In accordance with the regulations, the voting was carried out by secret ballot. Frédéric Théobald was elected with 11 votes out of 15. At 39, Baie-Mahaultien thus becomes the youngest chairman of a regional cycling committee at the national level. Various events announced since August “I am passionate about cycling. I have dedicated 28 years of my life to this discipline. Therefore, this election is a supreme achievement,” said the new president, who will hold this position for seven months, until next time. general meeting of the Regional Committee in January 2021.

Former Clotaire Boécasse right-hander welcomed “a very nice team” at his side. It will endeavor to relaunch the 2020 season, interrupted in mid-March with the health crisis linked to COVID-19, and which according to national directives in the context of progressive deconfiguration, will not be able to resume until the month of ‘August. Without the Guadalupe International Tour, we know it. But with the same several competitions. “We can do beautiful things,” said Frédérick Théobald. “There will be regional championships, all disciplines, the departmental Grand Prix du Coneil and an event also in Marie-Galante. The riders must remain mobilized!” Launched the new president.