Freire and Fleitas, champions of the Mountain Bike Challenger Escambray 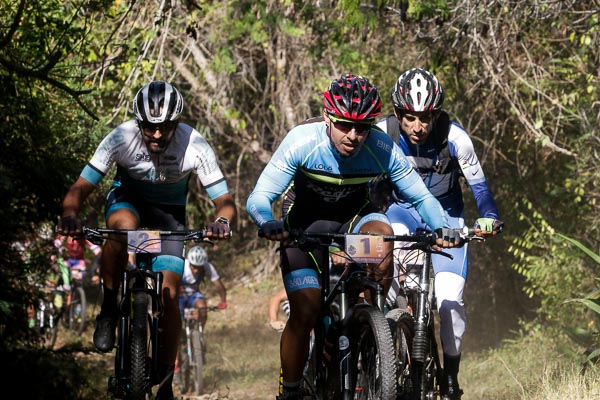 Playa Ancón.- The local Yoandry Freire and the Havanan Ludisneli Fleitas became the champions of the First Escambray Mountain Bike Challenger concluded this Sunday in this resort in the south of Sancti Spíritus, central province of Cuba.

The third and last stage, 30 kilometers long, was pedaled from the Manacal campsite located at the foot of the mythical Topes de Collantes massif.

Freire honored his group Los Manigüeros, the main organizer of the competition, by winning the first two clearly mountainous days and crossing the finish line on Sunday in sixth place.

His partner, the tireless Jorge Rojas, leader in all the logistics of the race together with his father Jorge Luis, confirmed his physical capacity by triumphing in the demanding sprint on the sand and rounding off an admirable performance, as in his best days with the team. Cuban road cycling He before him was ranked fourth and fifth, despite his extra responsibilities.

«We are both very happy, we have dreamed for a long time to make this event a reality and for everything to go well, which we corroborate by the opinions of the competitors. That fills us with double joy », said the combative rider, who together with his staff are already projecting a second version that includes greater international participation.

This time representatives from Ecuador, Slovenia and Venezuela were motivated to participate, who intend to bring other competitors.

Precisely the Ecuadorian Jorge Brito was one of the greatest entertainers in the elite category, escorting Freire in the first two stages and crossing the finish line two seconds before his Cuban friend and adversary, to ensure the general subtitle.

«We have also run in my country, Freire is a great athlete and very well prepared. I was not riding for a while because I suffered a sprain, but I wanted to respond to the invitation. I wanted to get to know Cuba and in fact I am staying a few more days. The event has all the elements to aspire to a higher rank, the route and the landscapes are beautiful, the geography suitable for this sport », he declared.

In the women’s sector, the favorite Ludisneli Fleitas won the prizes, for her experience in the national team and international competitions. She excelled on the hills, where she walked her slender figure with ease, and she also taught skills by crossing rivers and negotiating shortcuts. This Sunday she also showed her power to pedal on the fine sand, hard terrain in which she debuted today.

«The stage was quite strong, at the beginning with hills and stones, and very dangerous descents. I almost fell. But the route is also beautiful and much more the end on the beach. They must keep this race, it turned out excellent”, he said after entering 21st place among 61 contestants, since the Slovenian Tomaz Jeraz did not take the start, who in the second stage broke his “mountain” and walked almost 40 kilometers.