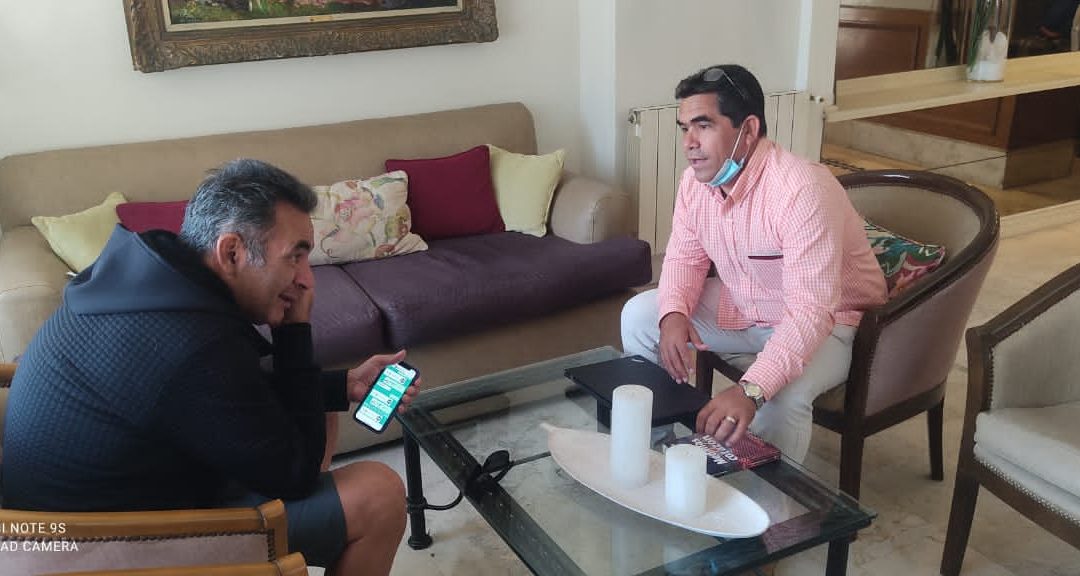 In 2003, the Cycling Union of the Argentine Republic (UCRA) was born, with a prestigious president, but above all one of great humility and desire to work at all hours: the former cyclist Gabriel Curuchet, who promised a management “without pettiness or interests personal”. And so it has been until now.

On his shoulders for these weeks is the organization in San Juan of the Congress for the Centennial of the Pan American Cycling Confederation (COPACI) and the Pan American Road Championship in the first half of May. But talking to the eldest of the Curuchet (his brother Juan de him was Olympic champion at the Madison in Beijing 2008) is always a reason for updating, argued criteria and some memories.

What could tell us about the continental event that will take place in Argentina in just over a month?

“The expectations of the Pan American Championship are great, because competitively it will be very good, but above all because of the coincidence with the 100th anniversary of COPACI, which will hold its Congress here, in a land where cycling is a passion: San Juan, where One of the largest velodromes in the world for seven thousand spectators is about to be inaugurated.

“The event will be really very strong. The first call has already been sent out and the United States, Canada, Colombia, Venezuela, Chile and Caribbean countries have already confirmed their attendance, so we expect a record of participation.

“For the Congress and to celebrate the centenary, the President of the UCI, David Lappartient, will come and we are making every effort to invite a great political figure in South America, the former president of Uruguay, Pepe Mujica. He is very loved here and was a cyclist too.

The also Vice President of COPACI and head of the South American Cycling Union recognizes the extensive calendar of activities and races that this geographical region has, while praising the velodrome built in Cochabamba, Bolivia, “a very interesting place to train and compete for the height of the place.

Curuchet is a cycling man and we take the opportunity to share his opinions on various current issues in this sport. After reminding us that the UKRA has close to 8,000 members, we ask our questions:

What is your opinion of virtual cycling and eSports championships?

“Sport is a virtual reality that many specialties are doing in the world and cycling is one of the most adapted because stationary bicycles in gyms have existed for a long time with important brands. This increased with the pandemic and is one of the strongest effects it left us. Virtual cycling can be practiced from Egan Bernal to Doña Juana who has never ridden a bicycle. That is here to stay.

“However, it is necessary to implement the operation for the competitions because the cost is to make a final that has a regulation and equity in the result, since having a time difference there is a difference in voltage, upload to the internet to the satellites and the parameters then they are not the same for everyone. Whoever has the fastest connection wins.

Recently it was also announced by the UCI that in 2023 a single world cycling championship will be held, with all modalities. Will this idea be viable in the future?

“We are one of the sports that can afford to have several specialties that are different. At the world level, those economically powerful countries will be able to do it. At a continental level, it would have to be done where the Pan American Games have been held, because they leave all the scenarios: Mexico, the United States, Canada, Peru, Rio de Janeiro, Santiago de Chile, all those that have the infrastructure.

“I love the idea because it will give cycling a lot of visibility and the impact will be phenomenal, both in terms of image and as an incentive for new generations.”

He could advance us some future plans of the UCRA that he directs and that we will be able to see this 2022 and 2023.

“We are working on having a strong national and regional road calendar because we have five continental teams. We want to promote that to keep it in the UCI ranking. We can include Paraguay, Brazil, Bolivia, Chile and Peru in that calendar with the aim that in the Olympic periods we can have competitions with at least five countries and accumulate points. Sometimes going to Europe to win the points is complicated because of the economic and competitive aspects.

For next year we already have three registered races and we aspire to have two more. So we could have five races on the UCI calendar. We are betting on a new crop of youngsters. Walter Pérez is working with them, who was an Olympic champion with my brother Juan. We have a team that is no more than 23 years old and that will go to the Pan American Games next year in search of medals. We are taking very serious steps in that direction.”

Finally and before saying goodbye to Gabriel, we return to the COPACI Congress, his relationship with its president José Manuel Peláez and the memory of Cuba in his memory.

“It will be an excellent Congress. We took the baton after some problems in Uruguay, but we appreciate the confidence in Argentina and that always encourages us. President Peláez, for all familiarly Pepe, has been a sports and political father for me. I turn 20 at the head of the ARCU in 2023 and he has supported and guided us with his wisdom.

“And with Cuba the relationship is one of affection and emotion. I ran there when I was an athlete and I also greatly admire his athletes, especially Alberto Juantorena, double Olympic champion in athletics, whom I had the pleasure of meeting in Havana; and to Yoanka González, an exceptional cyclist, who after winning her Olympic silver medal in Beijing 2008, told us when she hugged us: “today I won it, but tomorrow you win”. And the same thing happened with Walter and my brother Juan at Madison. We can never forget that.”

With many tasks ahead and passionate about the new mission of the day, Gabriel Curuchet said goodbye and soon we may see him again. At the moment he did not pedal at the supersonic speed that he did as a cyclist, but he did show the same strength and drive to fulfill dreams, to make them come true.