GAVIRIA REPEATS IN THE 4th AND EVENEPOEL IS MORE LEADER 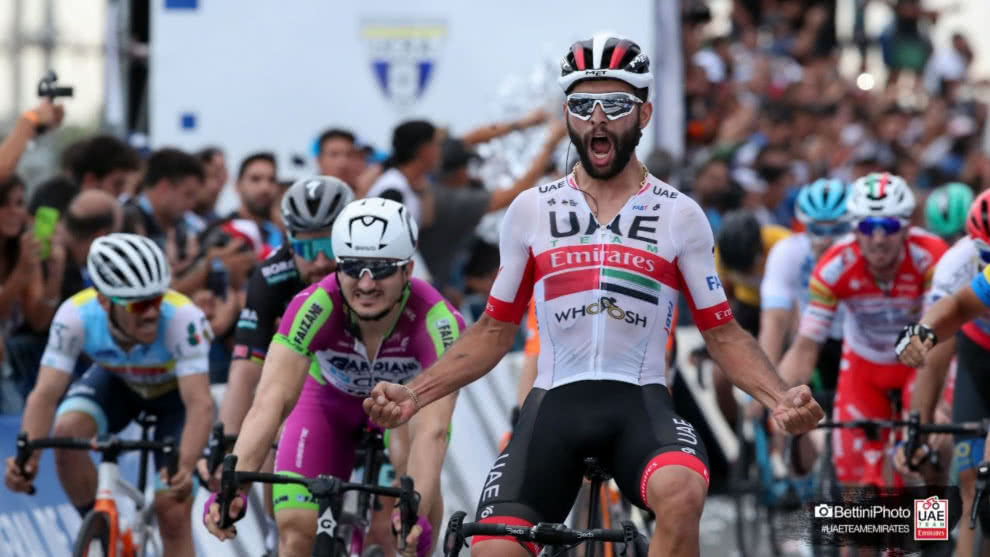 The Colombian Fernando Gaviria, from UAE Emirates, achieved his second victory on the Vuelta a San Juan on Wednesday by winning the sprint in the fourth stage, which was played between Jáchal and Valle Fertil, on a 185.8 km route with three ports punishable, two first category and one third.

Gaviria maintains a permanent idyll with the San Juan round, in which he has won a total of seven victories since he opened his locker of wins in 2017.

The Colombian is one of the best sprinters of the moment and he demonstrated it again in a very disputed sprint in the Fertile Valley, in which he demonstrated his temperance to know how to wait for his moment when in the last kilometer there were attempts to mark territory by cyclists like Peter Sagan or Álvaro Hodeg.

Gaviria was helped a lot by his team, especially Maxi Richeze, who led the Indian row of four riders who set a continuous pace and left no room for any of the Argentine cycling fighters to bring their enthusiasm to fruition.

The Belgian Remco Evenepoel, who won the previous stage, managed to bonus 1 second in the first flying goal of the day and, kept the leader jersey on a very hard day for the tour and also for the weather conditions.

The international squad pedaled in the rain through the Ischigualasto Provincial Park, also called Valle de la Luna, with spectacular desert landscapes of rock formations that attract paleontologists and film shoots throughout the year.

The American Robin Carpenter, of the Rally Cycling, and the Spanish Peio Goikoetxea, of the Orbea Foundation, tried that the stage was not decided to the sprint. They began an escape in the absence of forty kilometers to the goal and maintained the hope of reaching the final solo until the forces failed them in the absence of three kilometers, when they were neutralized by the platoon.

After a rest day, the fifth stage, foreseeably the decisive one for the general, will be held on Friday, January 31 between San Martin and Alto Colorado on a 169.5 kilometer route with a third category port, two second and a last of first at 2,565 meters of altitude.