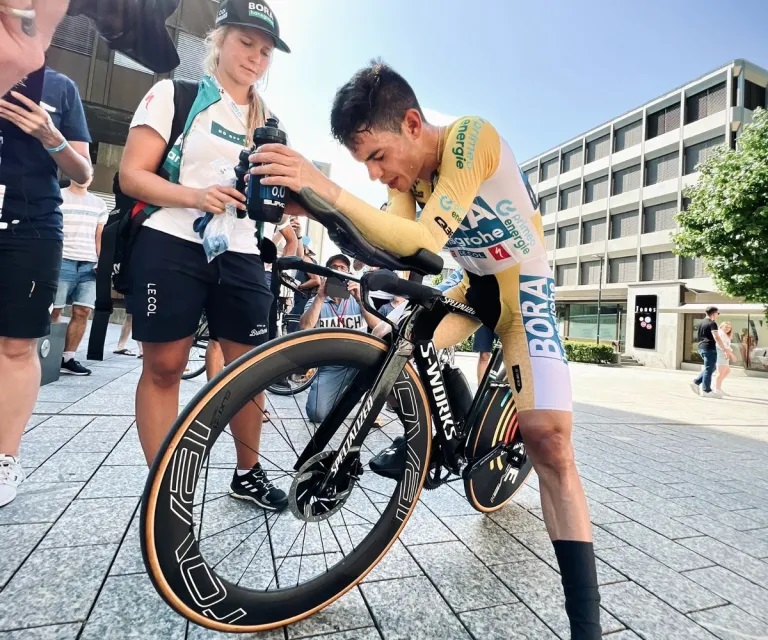 In a thrilling finish, Geraint Thomas (Ineos Grenadiers) took the title at the 85th Tour of Switzerland. The Briton finished second in the final time trial and took the leader’s jersey from Sergio Higuita (Bora-Hansgrohe). The Vaduz time trial was left to Belgian Remco Evenepoel (Quick-Step Alpha Vinyl Team).

The 22-year-old Belgian cyclist flew in the time trial at 54 km/hour, setting a finishing time of 28:25 that no one could beat. As for the Colombians, Daniel Felipe Martínez (Ineos Grenadiers)) had an outstanding performance on the day against the clock, finishing in fourth position.

Meanwhile, Sergio Higuita did a great time, pushing himself hard to finish in 11th place, which helped him to stay in second place in the general classification. Another Colombian, Daniel Felipe Martínez finished fourth in the final individual time trial of the 2022 Tour de Suisse.

The Welshman Thomas returned to the top of a podium as the winner of a World Tour race after the eighth and last stage of the Swiss round played in the individual time trial modality with a route of 25.6 km starting and finishing in Vaduz, capital of Liechtenstein.

Sergio Higuita could not maintain the lead, something that the beetle already suspected, since he only had an advantage of three seconds over Thomas, a time trial specialist. However, the Colombian climber was able to qualify second, 1:12 minutes behind the champion, saving his place by 4 seconds against the Danish Jakob Fuglsang (Israel-Premier Tech), third on the final podium.