GERARDO ULLOA GOES FIRM FOR A MEDAL IN LIMA 2019 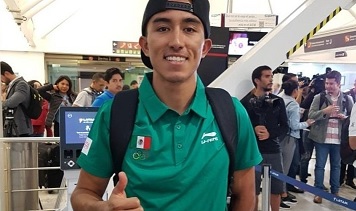 GUANAJUATO, MEXICO. The representative of Guanajuato, Gerardo Ulloa, said that the first thing in his participation in the mountain biking of the Lima 2019 Pan American Games will be to give his maximum effort and if he achieves a medal he will be satisfied, regardless of color.

The 22-year-old rider traveled to the continental event today as champion of the Barranquilla Central American and Caribbean Games 2018 and sixth place in the last World Cup, held in Andorra.

“Happy to represent my country in my second Pan American Games, now I will arrive in Lima with more experience, both mentally and physically more reinforced and in this way I hope to be in very good result,” said the athlete.

Questioned of his expectations, he replied that, first, he will try to give his best effort and, secondly, “without that you can hang a medal, then it would be luxurious. No matter the color”.

In the Toronto Pan American Games, he was in ninth position, when he was selected under 23, but “now I plan to be in the fight for the medals; As I said, I can not say what medal, but I will try to give the best effort and I hope to hang a medal. The golden one, as always. ”

He said he had support to train and compete inside and outside the country, in addition to having a multidisciplinary team that supports him. “It is difficult to have sponsors, but with results you can have something and be better every day,” he said. (deportedigital.mx)