German Tivani is the new leader of the Tour of Formosa 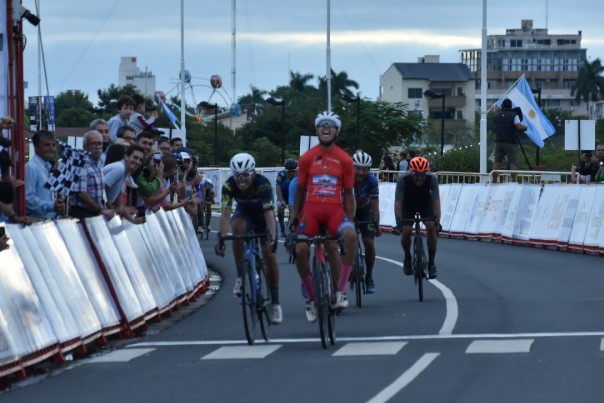 The Argentine Nicolás Tivani (Virgen de Fatima-Biker Motors) won the evening phase of the second stage of the Vuelta Internacional a Formosa, and thus became the new leader of the fair, which continues to raise a lot of expectations and fans. where the caravan of 124 cyclists passes.

After having been tied in the morning with the time trial against the Colombian Víctor Ocampo, the online stage in the afternoon became imperative. In the course of it, the escape attempts were always neutralized by the platoon, which for the most part remained compact.

Tivani, however, made a small difference in the sprint finish, the three-second bonus, which, having won it, left him as the virtual leader. This Saturday stage 3 will take place starting from Villa 213 to the city of Formosa to complete the 175 kilometers of the toughest route of the test.

The second stage began with sector 1 or the first phase, which consisted of an eight-kilometre Individual Time Trial, which would add color and a lot of emotion to the 2022 Vuelta a Formosa Internacional.

It was held on the coastal circuit, and from the beginning it was speculated that Lucas Gaday would not keep the lead since he is not a time trial specialist.

The one who stood out was the KTM rider from Buenos Aires, Sergio Fredes, who with a time of 9:29 minutes won the stage. The podium was completed by the Panamanian Franklin Archivold -at 1s- and Nicolás Tivani (Virgin of Fatima) -at 9s-.

However, it was Víctor Ocampo, who was 10 seconds behind in the stage, who dressed as the momentary leader until the afternoon.