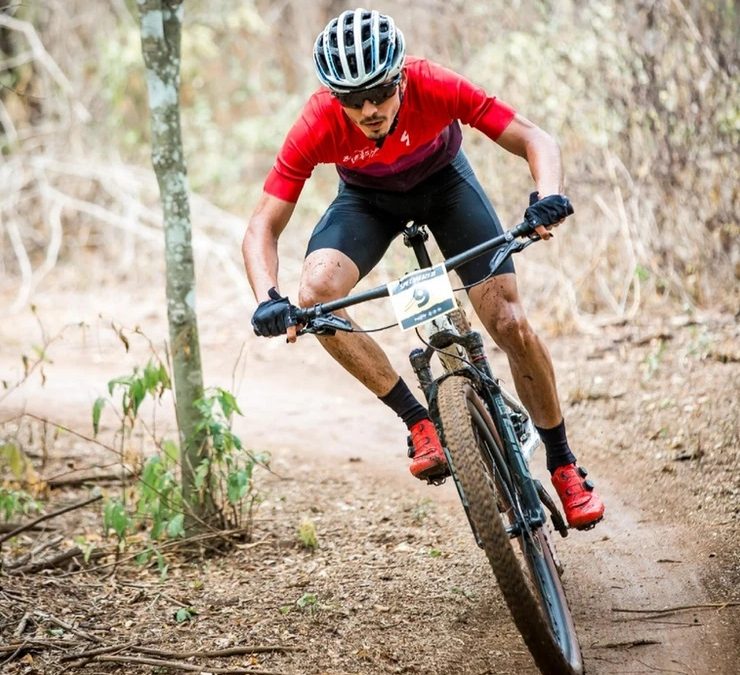 The 2022 calendar of mountain bike races in Puerto Rico began with 2 major events endorsed by the UCI. During the last two weekends of February, the Tropical MTB Challenge was held at Albergue Olímpico de Salinas and the Puerto Rico MTB Cup in the municipality of Rincón.

These races attracted a large number of foreign athletes and, in turn, athletes from the yard, who once again positioned themselves in front of the competition line. So it was for Gian Martínez, 25, who competed in both races in the ELITE category where he was able to teach among great figures and foreign and local talents of mountain biking.

Gian describes his experience in both races as “a great start”. For him it was very significant and positive to have the opportunity for his return to the competitive environment to be precisely in races as demanding as these two were. Martínez says that despite sharing the track with high-level runners, he was very self-confident, with good feelings and, above all, his mentality and expectations were clear, which was positive for not feeling pressured and being able to enjoy the races.

Gian Martínez had stayed away from the competitive environment in mountain biking for the past few years. However, it has a great history of achievements and championships within this modality since its inception in 2015.

The young man from Yaucano tells us that one of his most commemorative triumphs has been being crowned champion of the famous event “Las 100 de la Parguera” in 2018. Martínez recounts that he retains that triumph with great pride since it was a very successful race. close and fought with the Aguadillano Georwill Pérez.

Last year 2021 Martínez made his return to competitive cycling in the route mode where he participated in the National Championship that was held in the municipality of Ciales. Gian managed to cross the finish line in fourth position which he describes as a great achievement after 2 years of competitive inactivity.

For Gian that podium had a great value since he shared it with Abner González who defended his title as Elite National Champion. Since then, Martínez has remained very motivated and focused on his training and although he practices both modalities, he has concentrated specifically on mountain biking.

Gian Martínez confirmed that he will remain active during the rest of the 2022 competitive season and his main objective will be to once again appear as one of the main exponents of Puerto Rican MTB. Martínez is very receptive to receiving the opportunities that come his way and expresses: “I am willing to go anywhere to proudly represent our flag.” Gian recognizes that from the hand of God there is no goal that is not attainable and his attitude is very positive in that his Faith accompanied by his great competitive spirit will lead him to achieve his goals.

Finally, he recognizes that a fundamental element in this process is patience and perseverance. To those who have the same desire as him to fight for their goals, Gian recommends that they stay focused, persevere, with a good training plan, but above all that they enjoy each run and maintain the confidence that sooner or later the results will come. they will arrive.