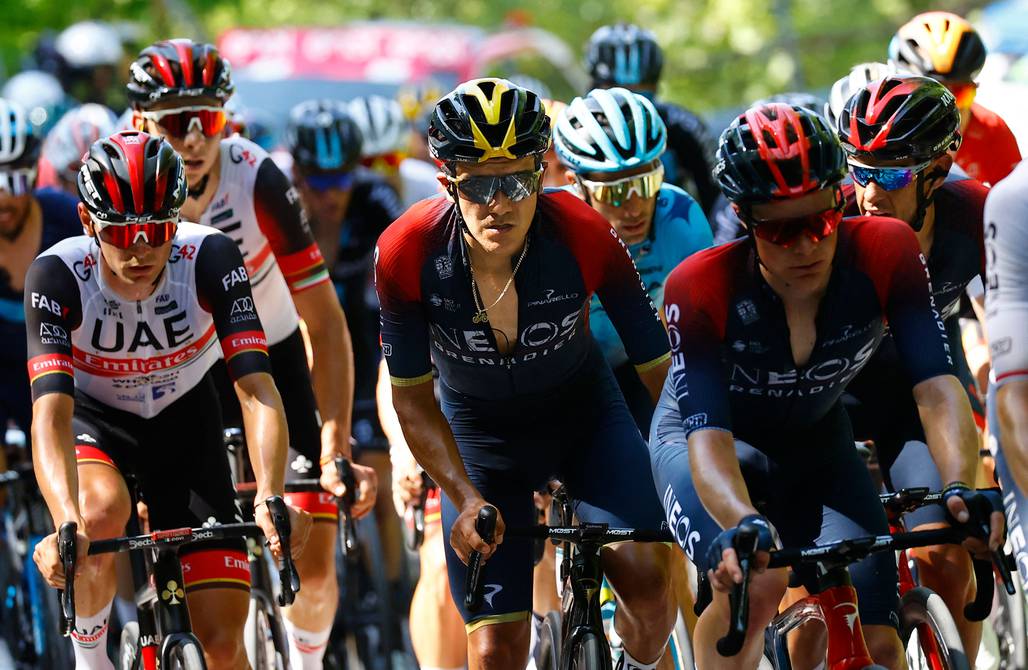 Stefano Oldani achieved an unprecedented victory in stage 12 of the Giro d’Italia, after winning a reduced sprint as part of a large breakaway, while the Spanish Juan Pedro López kept the pink jersey for one more day, escorted in the general table by the Ecuadorian Richard Carapaz.

The stage was defined in a dramatic rally between three riders who came out of the breakaway of the day and faced the last kilometers with differences of one minute over their pursuers and eight over the lot of the pink jersey.

Oldani (Alpecin-Fenix), was the most cunning in the definition, holding off an attack attempt by Gijs Leemreize (Jumbo-Visma), who could not surprise and took third place. Second was Lorenzo Rota (Intermarché-Wanty-Gobert Matériaux).

Early movements of the various interested in entering the day’s break, but without consolidating their objective, at least until crossing the first intermediate sprint in Borgo Val di Taro, 56.9 kilometers from the course.

Arnaud Démare (Groupama-FDJ) kept the points from the flying goal, from which a new breakaway attempt was launched, this time with freedom from the main pack.

There were 22 runners, from 18 teams, who managed to get away from the main lot, who were chased by another three, to complete a group of 25, who reached differences over four minutes, a pace that Jasha Sütterlin (Bahrain-Victorious ), who fell short of the breakaway 100 kilometers from the finish line.

Bauke Mollema (Trek-Segafredo) won the mountain award at Passo del Bocco, as a tribute to the Belgian Wouter Weylandt, who died on this descent in 2011 wearing the colors of the Leopard-Trek.

In the main batch Ineos Grenadiers and Trek worked, but the difference with the escapees remained close to five minutes.

With Stefano Oldani (Alpecin), first in the sprint from Ferrada, and Lorenzo Rota (Intermarché-Wanty-Gobert Matériaux), first in the La Colleta pass, the breakaway continued on its way.

For the ascent to Valico Di Trensasco, there were three runners who managed to break free from the batch of breakaways. Oldani, Rota and Gijs Leemreize (Jumbo-Visma) faced the first ramps of the pass, with a difference of 45 seconds over their pursuers, a climb crowned with the Italian Rota in first place.

Fragmented the group that made up the break of the day, only three remained in the lead for the entrance to Genoa, in a direct fight for the stage victory, unprecedented for all.

An extensive stretch of study between the runners before launching the attacks that put Oldani in first place. The top of the general was not altered. López keeps the pink jersey, Carapaz is second and Joao Almeida (UAE-Team Emirates) is third.

Of the batch of tricolor cyclists, Narváez and Caicedo lost a place in the general to be placed in boxes 45 and 48, respectively, while Cepeda gained a place to reach position 108.