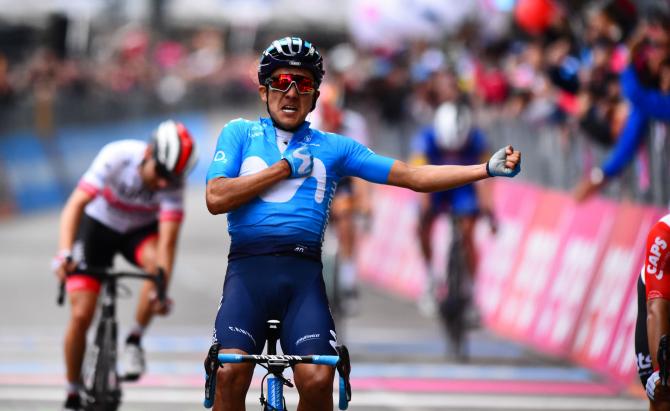 MADRID. Richard Carapaz conquered the fourth stage of the Tour of Italy that ended up being so eventful that he took ahead Tom Dumoulin. The Dutchman was involved and ended up losing more than four minutes at the finish line.

The Ecuadorian Movistar Team was the great winner of the day attacking in the final meters to make up for the time he lost the day before by puncture. The general is still led by Roglic, who took time from his great rivals.

The Ecuadorian did not think twice and left in the absence of 500 meters. I dont look back. Maybe, if he had done so, he would not have won, because Ewan was coming as a bullet and he only missed a few meters to finish moving to Movistar Team, who had just enough time to raise his arms and open the Spanish team’s box in this edition. of the ‘pink corsa’. (marca.com)