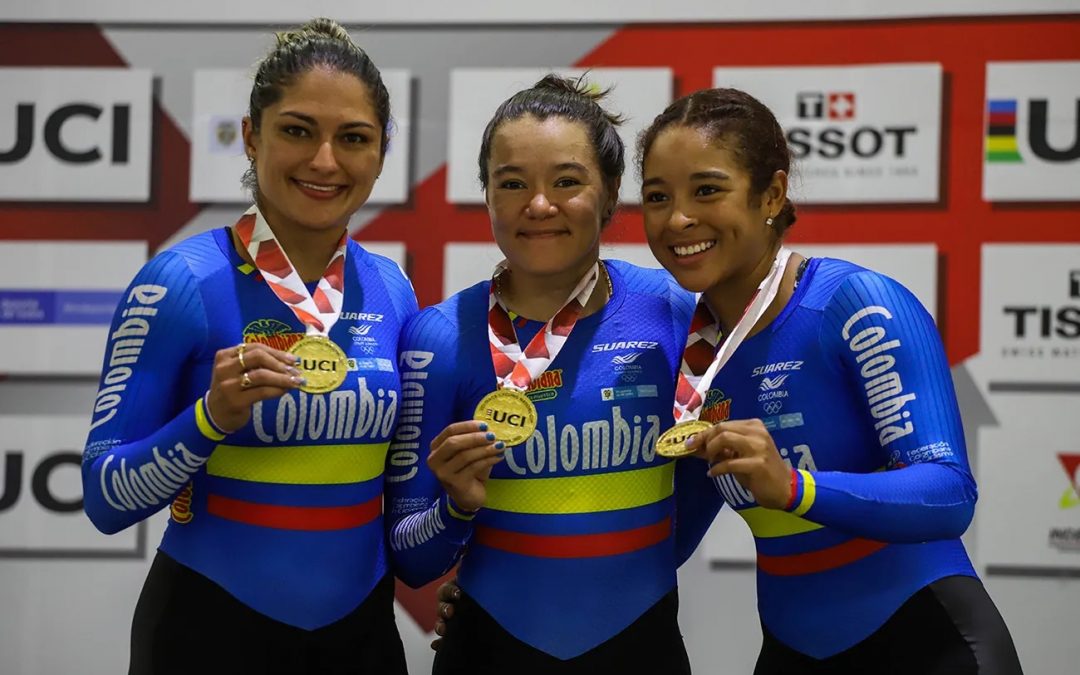 The third stop of the Nations Cup at the Alcides Nieto Patiño Velodrome in Cali started on the right foot for the Colombian delegation. Minutes after getting the first medals in the team pursuit events, Colombia added two more medals.

The trio made up of Martha Bayona, Yarli Mosquera and Juliana Gaviria won the gold medal in the team speed event in the women’s branch of the Cali 2021 Nations Cup.

While in the men’s branch, Julián Ochoa, Kevin Santiago Quintero and Rubén Darío Murillo obtained silver after losing the final to the Canadians.

Every year three versions of the Nations Cup are disputed. The first was in February in Hong Kong, the second in July in Saint Petersburg and the third that runs in Cali until September 12.

This Friday the event will continue at the Alcides Nieto Patiño velodrome in the capital of Valle del Cauca, with the qualifying rounds from 10:30 in the morning and in the afternoon from 6:00 the medals dispute.