Gold for Yareli Acevedo in the Nations Cup 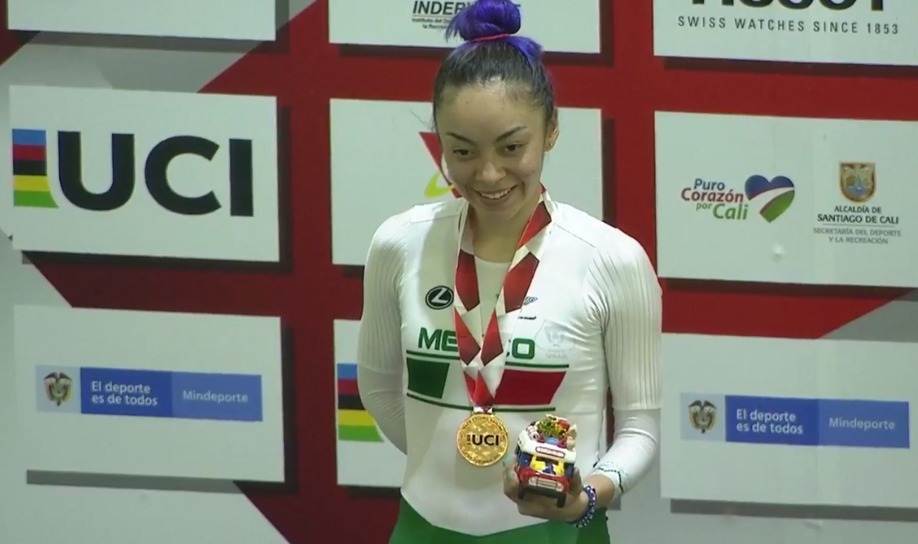 The young Mexican cyclist Yareli Acevedo made a very intelligent race to be crowned in the Elimination test in the Track Cycling Nations Cup, formerly known as the World Cup, which takes place at the Alcides Nieto velodrome, in Cali, Colombia.

The UNAM rider who is trained by Edmundo Apízar, managed the actions conservatively, where she stayed out of the confinement and from behind was beating all of her rivals one by one. Kseniia Fedotova from Ukraine was second and Polish Nikol Plosal third.

Two Mexican cyclists came close to the podium, but finally came in fourth place. One was José Ramón Muñiz, who in a rugged Elimination competition remained strong until the end.

The other medal that escaped for our country was that of Yuli Verdugo, who won two of her three matches in speed, but the judges said that an inappropriate movement left her out of the fight for the gold.

She very discouraged she tried to make a good competition against the Canadian Sarah Orban, but it was not enough, so she finished fourth, while the main metals were divided between the host Martha Bayona Pineda (gold) and the French Mathilde Gross (silver).