Gold, silver and bronze for our continent in World Track Championships 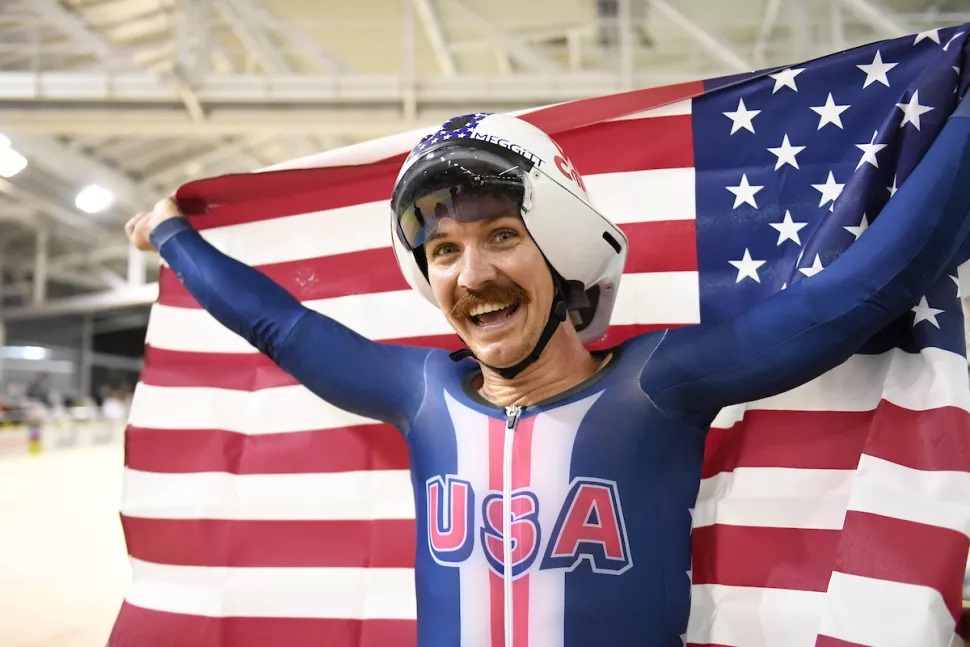 The title of the American Ashton Lambie in the individual pursuit, the silver of the Trinidadian Nicholas Paul and the bronze of the Canadian Kelsey Mitchell was the best balance in America on the third day of the World Track Championships, held in Roubaix, France, until on Sunday 24.

Lambie, champion in the chase (m)

Ashton Lambie snatched the first rainbow jersey for the United States in the men’s Individual Pursuit at the UCI Track World Championships in Roubaix, France. It was a dominant performance over Jonathan Milan of Italy, who took the silver medal.

Two kilometres into the final, Lambie had a half-second advantage over Milan, and soon increased his lead to a full second.

Filippo Ganna, who failed to qualify for the finals, secured a second medal for Italy by taking the bronze in a duel against Claudio Imhof (Switzerland).

Just one year ago Lambie settled for silver in the Individual Pursuit. This time around the World Record holder took the gold medal, which was the first in 11 years for an American to recapture the top prize since Taylor Phinney took the world title.

A Trinidadian made history in the kilometer against the clock

Jeffrey Hoogland (Netherlands) took the men’s 1K Time Trial finals victory for the second time in his career on Friday, soaring around the track four times for the world title. He was 1.3 seconds faster than Nicholas Paul (Trinidad and Tobago), who took the silver.  Another 1.5 seconds back for bronze was former World Champion Joachim Eilers (Germany).

Hoogland recorded the fastest time after the first 250 metres, and continued to build his lead with each pass around the Stab Velodrome.

Paul may have been second, but he made Caribbean history with his silver medal, the first-ever medal for Trinidad and Tobago in the men’s kilo. He had the best time in the opening 250 metres but it was soon eclipsed by Hoogland, the final rider on the track.

There would be no defence of the world title by Sam Ligtlee (Netherlands), who had a fast start, but faded and had the fifth-best time. Patryk Pajkowski (Poland) was fourth.

Teammates from Germany and Canada went up against each other in the women’s Sprint finals. Reigning world champion Emma Hinze (Germany) held off Lea Sophie Friedrich in a close second heat to defend her world title.

The men’s Point race, with 160 laps (40km) and 16 sprints, came down to late-race strategy. With 29 laps to go and three sprints remaining, De Ketele had a one-point advantage over the Frenchman. Well behind, Vincent Hoppezak (Netherlands) had 33 points for third place, 11 points ahead of Sebastián Mora (Spain)

With 21 laps to go, sprint 14 was won by Thomas, to level the lead pair with 83 points. He went into the lead by taking sprint 15, taking a four-point advantage over the Belgian rider.

On the bell lap, Thomas, this year’s European champion in the Points race, went to the front for double points in the final sprint and the gold medal.

Katie Archibald (Great Britain) won the second women’s Omnium title of her career on Friday in Roubaix, France, returning to a gold since 2017 in Hong Kong. She took a commanding lead into the final Points race with a sweep of top points in the Scratch, Tempo and Elimination rounds, and finished third in the Points race to win the rainbow jersey.

Kopecky gained maximum points by taking two full laps in the 80-lap Points race to move from eighth overall into second place. Going into the Points contest, Balsamo was in second place with 100 points, while Jennifer Valente (United States) was third with 96 points and France’s Clara Copponi was fourth at 94.

Attacks began with 15 laps to go and riders trying to form gaps, with Kopecky launching off the front with Amalie Dideriksen (Denmark) to form a two-rider gap for points on the seventh sprint. The pair lapped the field, which was a second time for Kopecky, and it vaulted the Belgian into second overall, nine points ahead of Balsamo, Maria Martins (Portugal) holding to fourth, four points behind the Italian.

On the bell lap for the final sprint and race finish, Copponi led the riders across the line in front of Balsamo with Archibald in third position. Kopecky would hold on for the silver, and Balsamo the bronze, while Copponi would miss the podium by three points to finish fourth, and Martins finished fifth.

In the Elimination race a big crash took down several riders and neutralised the race for several laps, with Archibald was one of the riders taken down. She resumed to racing with a slightly banged-up knee that did not take out any steam in her engine as she attacked to win that race going away.