Gran Fondo Race this October 2 through the streets of Guadalajara 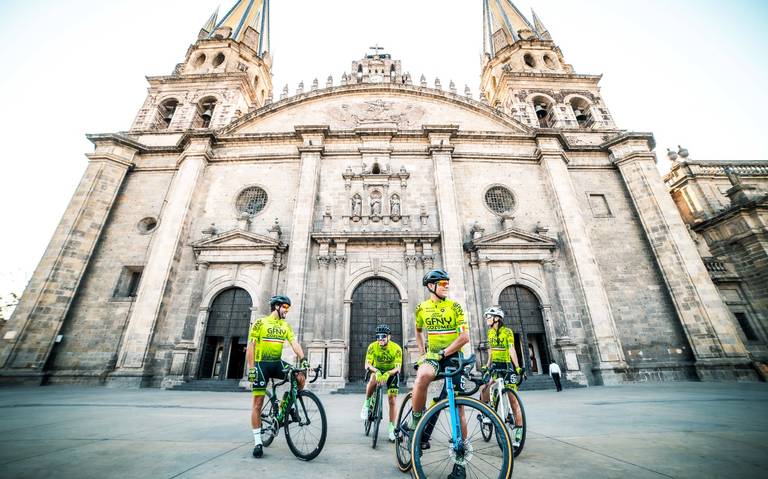 Cyclists from various parts of the country and the world, as well as cycling lovers in Jalisco, will meet on October 2, as part of the Gran Fondo, which for the first time will tour the streets of Guadalajara and Zapopan.

The Gran Fondo began in Italy and from 2014 it expanded to other countries, including France, Germany, Indonesia, Malaysia, as well as some in the American continent, such as the United States, Colombia, Argentina, Brazil, Chile, Uruguay and Mexico.

For the edition to be held in Jalisco, they expect the attendance of more than 2,000 participants, almost 90% of them from other cities, such as Aguascalientes, San Luis Potosí, Quintana Roo and Mexico City, and teams of cyclists from Colombia and Costa Rica.

“Guadalajara and Zapopan are a land of athletes, we have been champions at the National Olympiad level for more than twenty years and we have a lot of talent, many facilities and in terms of tourism we have many emblematic areas, we are very close to Tequila, so it is important to have an event of this quality”, explained Ximena Buenfil Bermejo, in charge of Strategic Sports Projects in Zapopan.

WHO RUNS IN THE GRAN FUND?

The race focuses on passionate cyclists, more than professionals, and for this reason, many times those who attend do so accompanied by their families, who enjoy the city at least during the weekend, which represents benefits for tourism service providers in the city.

“We are estimating three companions per cyclist and three hotel nights, which gives an economic spill of 87 million during the Gran Fondo weekend.”

They estimate that some of the participants will arrive in the city starting this Thursday and for them there will be an exhibition on the esplanade of the Akron Stadium on Friday and Saturday, where in addition to collecting their participation kit and their number, there will be various sponsors, to offer leisure options for their companions, from restaurants to leisure and recreation spaces.

In addition, for the day of the race, which is October 2, a gastronomic and beer festival is also planned in the surroundings of the Chivas stadium, where once they cross the finish line, those who participate will be able to access craft beers and enjoy live music and food offered there.

WHERE WILL THEY RUN?

The route begins at 7:00 a.m. at the Akron Stadium, along Periférico to the north, until reaching Juan Pablo II Avenue, passing a few meters from the baseball stadium located in what is known as La Curva, and will continue along Ávila Camacho to Circunvalación and from from there to López Mateos Avenue to Las Fuentes, where you return to continue again to Ávila Camacho and arrive at the La Normal roundabout.

They will also roll through the historic center of Guadalajara and return via Paseo Alcalde to La Normal to continue via Ávila Camacho and Juan Pablo II to Periferico and return to the Akron stadium.

There will be two races, one for the Medio Fondo, 63 kilometers long and the other for the Gran Fondo, with 126 kilometers of route, that is, going around the city twice and they calculate that the first participant crosses the finish line around 11 o’clock and the Last around 12:30 p.m.