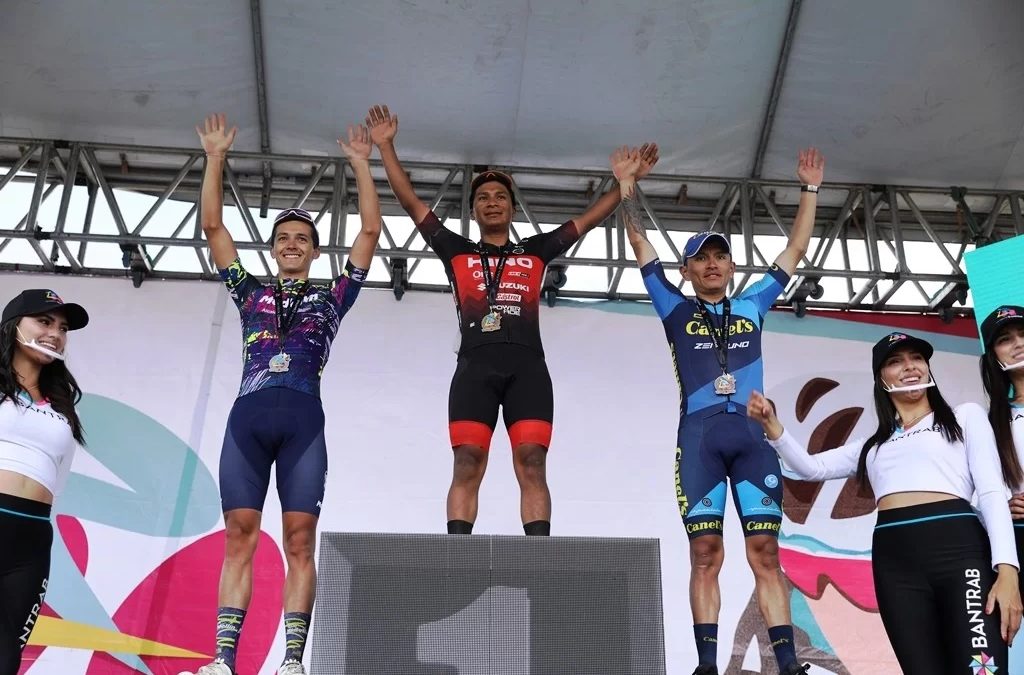 Amid a loud and unison applause from the public, the Guatemalan Mardoqueo Vásquez, from the Hino One La Red Suzuki team, climbed to the top of the podium by winning the fourth stage of the Bantrab cycling tour that began in San Francisco El Alto, Totonicapán, and concluded in Piedra María Tecún, in the same department.

During the penultimate stage, which included seven bypasses in Salcajá, Quetzaltenango and then a climb across the summit of Alaska, the elite cyclists covered 135.5 kilometers at an average speed of 36.07 kilometers per hour.

The challenge was great, especially in the final stretch. In the last four kilometers, a winding ascent prevailed along a dirt road with loose earth and stones. Because of this, the riders climbed in the middle of a cloud of dust.

Jorge Montenegro, from Team Banco de Guayaquil (Ecuador), remains the leader of the individual general classification and will defend that position in the last stage that runs this Sunday from San Pablo La Laguna, Sololá, to Tecpán Guatemala, Chimaltenango.

After winning the penultimate stage of the Bantrab cycling tour, Mardoqueo Vásquez, from the Hino One La Red Suzuki team, said he was motivated to fight this Sunday for the championship of the competition. “This is a good result for me, for my team and to move forward,” Vasquez said.

“I have already trained this route with my team and I know it very well. It is a promotion that requires a lot of technique and, to be honest, I was very motivated to win it”, he added.

He also talked about what he and his team’s bet will be for tomorrow’s day. “We are going to be in the fight of the last stage. I feel very motivated by today’s stage and I hope to be, after the break, with good legs for tomorrow”, he concluded.