Heat, height and Guatemalan revolution in the third stage of the Vuelta a Costa Rica 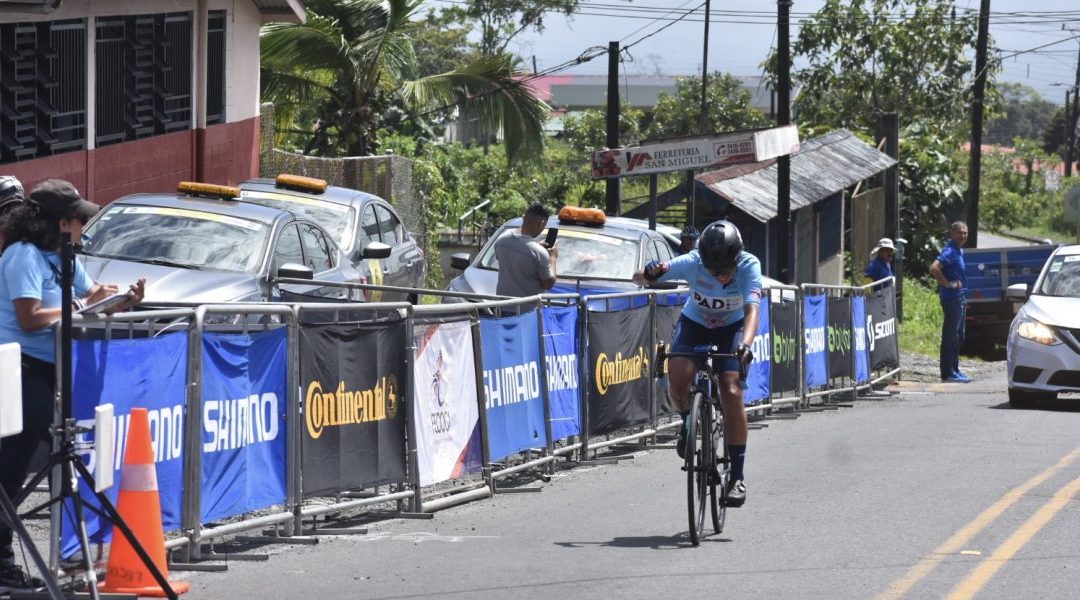 The heat and height were present in the third stage of the Vuelta Femenina a Costa Rica, whose action this Saturday, July 16, left the Guatemalan Jazmin Gabriela Soto as the new leader of the general classification, although the 71-kilometer segment between Florencia y San Miguel de Sarapiquí was won by the Colombian Jennifer Sánchez.

During the tour there were several escapes led by cyclists from ATL-BC-CRBICIS-COM, the Colono Construccion Bike Station, the Guatemalan National Team and Colombia PAD.

At the end of the segment, the Colombian Jennifer Sánchez obtained the first position of the test with a time of 2:06:26, followed by the Guatemalan Jasmin Gabriela Soto with 2:06:42 and Estefanie Álvarez was third with 2:06:56.

“This victory means a lot to me, it is the first time I have run outside the country representing the National Team, we gave everything until the end, it was a fast stage with a lot of heat, but we are happy with today’s result”, Sánchez explained after the victory.

For her part, the joy of the Guatemalan Jasmin Gabriela Soto was total, minutes after confirming that she had assaulted the leadership of the Women’s Tour of Costa Rica 2022.

“I was in front the whole stage due to any escape and in the last 10 kilometers I took advantage of the attacks to fight back. It didn’t hit me in the first attacks, but I attacked again and when I saw, I only brought the girl from Colombia, I took the risk of bringing her back.

“My plan was to take time from the leader and the runner who was in second place. In the last kilometer the Colombian attacked me and my legs no longer responded. I risked losing the stage and in the end we entered 1 and 2 and I managed to get time from the leader », described the new leader of the Women’s Tour.

Soto was grateful to her team, despite her lack of experience; and she is aware that to successfully close a historic achievement for chapín cycling, she will have to defend herself with her remains, since the final stage will be as complicated as today’s, making it clear that the rivals are far from satisfied.

«I know that tomorrow is going to be a pretty tough stage, everyone is going to look for an escape. I’m going to try to be ahead, as far as the forces give me. I will try to take care of myself in any attack and not suffer so much in the plan. They are going to find a way to punish me because they know I don’t have a team. In any case that occurs, I will try to defend the sweater with heart and soul »said Gabi Soto.

This Sunday the Vuelta Femenina will culminate and the new monarch will be defined with a stage of 91.1 kilometers, leaving Ciudad Quesada, passing through Aguas Zarcas, Cruce de Muelle, Los Angeles, Santa Clara and arriving again in Ciudad Quesada.