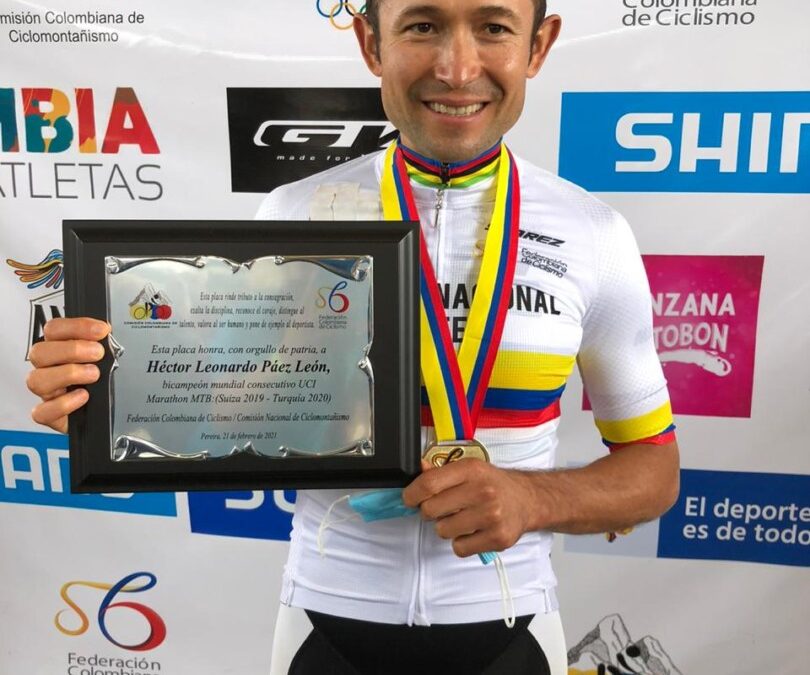 For the first time in the history of Colombian cycling, a National Championship was held in the specialty of Marathon, one of the most complex, demanding and attractive on the world circuit, and in which the country enjoys the enormous talent of Héctor Leonardo Páez, historical two-time champion in the world, who was in charge of decorating the contest that brought together several of the best riders in all categories, on the layout of the track designed in the vicinity of the municipality of Dosquebradas, Risaralda.

Páez reigned and imposed the logic of the forecast, winning the title of the elite who traveled a total of 62 kilometers.

The Colombian star, member of the Italian team Giant LIV Polimedical and representative of the department of Boyacá, dominated the competition with great solvency, beating the representatives of Risaralda Jonathan Cañaveral (cyclist of the Italian professional team Bardiani) and Fabio Castañeda.

“I am very happy to be able to run in my country the first test after the world championship. Happy to win the National Champion shirt, one more victory for my record and we will continue working for what is to come, “said Páez at the end of his participation in the contest.

In ladies, Mónica Calderón from Antioquia responded to the favoritism and took the victory, defeating Diana Pinilla from Boyacá in a remarkable heads up. The podium was completed by Leidy Mera from Nariño.

The men’s sub-23 category also had an illustrious winner: Jesús David Peña, from Cundinamarca, champion of the Youth Tour in 2019, and a former Pan-American medalist in the Junior Cross Country category.

Risaralda also hoisted the national flag in first place on the podium with the talented Camilo Gómez, a cyclist formed by the prestigious quarry of Team Specialized Tugo, under the command of manager Pablo Mazuera.