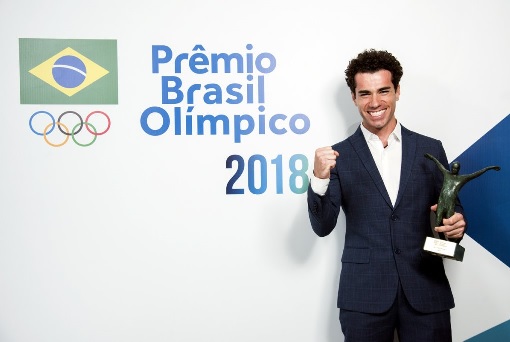 LONDRINA, BRAZIL. Born in Petrópolis, the cyclist Henrique Avancini, current world champion of Mountain Bike (XCM) and second in the XCO World Ranking of MTB, returned to history by winning two categories of the Olympic Brazil Prize, organized by the National Olympic Committee.

Avancini had an epic season in 2018. This 29-year-old athlete started the season with third place in the Cape Epic, considered the most important ultramarathon on the planet. In July, he conquered his thirteenth Brazilian Mountain Bike title and in September he finished fourth in the Mountain Bike Cross Country (XCO) World Championship, and took the unprecedented title for Brazil in the MTB Marathon World Championship (XCM), to close the year with the second place overall in the World Ranking (MTB / XCO) of the International Cycling Union (UCI).

All these results earned Avancini to be chosen with 73.5% of the votes as the Athlete of the Hobby, beating the greats of other sports such as Gabriel Medina (Surf), Marta (Soccer) and Arthur Zanetti (Gymnastics), among others. The award, intended for the athletes who most impressed and captivated the fans during the season, was defined by the popular vote.

To close the year with a flourish, Henrique Avancini also received the title of best athlete of the year of Mountain Bike, chosen by a jury of journalists, leaders, ex-athletes and personalities of the national sport.

“It was a very special moment for me. It is a great recognition and a personal achievement. It’s a credit to the strength of cycling in Brazil … I understand that this recognition has a huge significance for our sport, “said Avancini. (Communication C.B.C)