Henry Rojas was proclaimed champion of the XXI Tour of Nicaragua 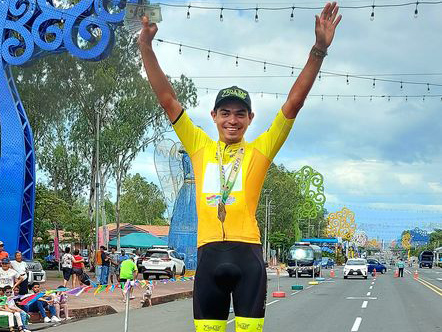 With a three-kilometer circuit on Avenida de Bolívar a Chávez, the XXI Cycling Tour of Nicaragua closed this Sunday, won this time by local Henry Rojas (Team EDASA), although the fourth and final stage was in the hands of Costa Rican Richard Zamora (Team Real Esteli).

Zamora had to work harder than the rest in the 25 laps around the circuit after suffering a crash in the first few laps and recovering until connecting with the escapees and imposing his rhythm until the sentencing line, where he was escorted by his teammate Jefferson Jerez and José Caballero (Team Tires “El Chelito”)

Four days of pure emotion came to an end with this pedal party, crashes, strikeouts, flying goals and sprints, in which Henry Rojas, the new champion of the contest, stood out, who this time knew how to defend his leader’s jersey until the last meter, with what which was ratified as one of the best Nicaraguan routers and the Central American area.

The other classifications that awarded prizes were distributed in this way. The pointer in flying goals was Jefferson Jerez with 16 units; the best junior was Andrés Bojorge; while in the mountains Alexander Cerrato prevailed. The trio of teams that grabbed the first three positions on the podium were Kilos, Real Estelí and EDASA, in that order.

Winners of the stages of the XXI Vuelta a Nicaragua 2022.