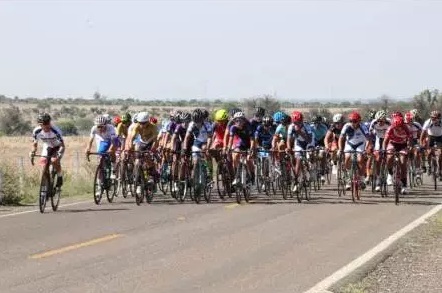 MEXICO. After the decline of Zacatecas to host the Pan-American Road Cycling Championship, Hidalgo entered the relay and will organize it from April 29 to May 5 in the municipality of Ixmiquilpan.

The president of the Mexican Federation of Cycling (FMC), Edgardo Hernández Chagoya, confirmed before the Pan-American Cycling Confederation (Copaci) that the continental fair would change headquarters due to problems with the entity that had been announced in advance.

He added that for the first time in the history of Hidalgo, an international road cycling event will be held, which will also be an evaluation for Mexican runners with aspirations to represent the country at the 2019 Pan-American Games Lima.

“Derived from commitment, professionalism and great work done for the organization and management of events of the national calendar, I award Raymundo Esparza and Ulises Reséndiz the endorsement as official organizer of the international event,” he said.

Undoubtedly, he said, will be an event of relevance both for the entity and for the cyclists of the continent who are waiting for the date to go in search of the points in the ranking to the Olympic Games Tokyo 2020.

This fair is part of the process for competitors in both branches of the country who want to be part of the representation to Lima 2019, so that you can see the members of the team that goes to the International Tour to San Juan, as Eduardo Corte, Ignacio Prado and Luis Álvarez, among others. (Notimex)