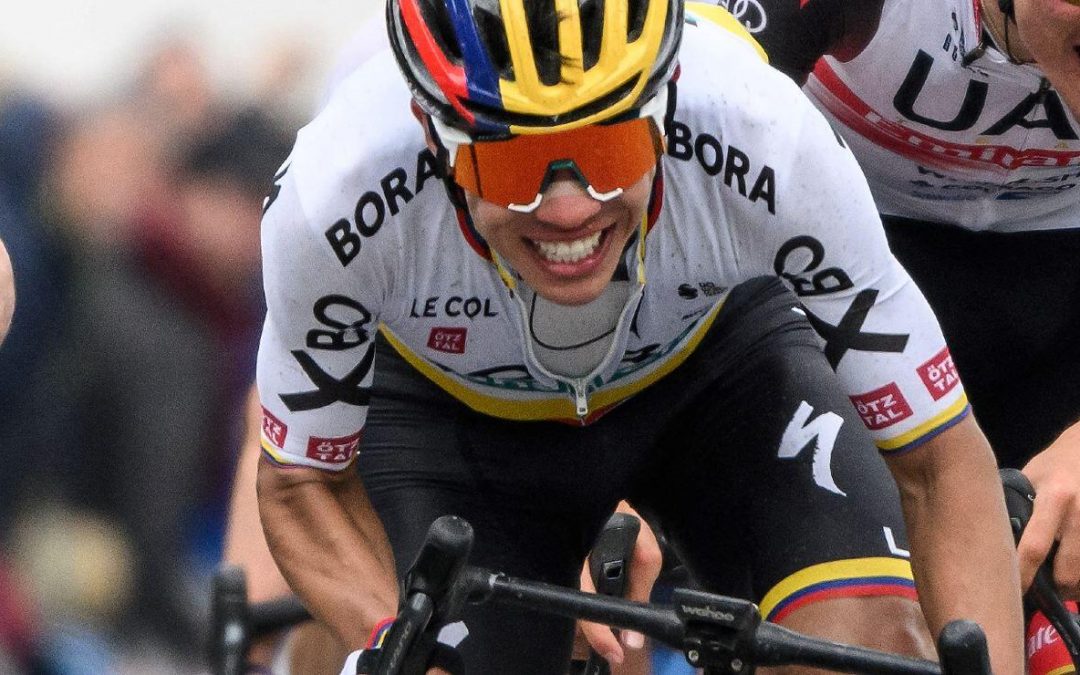 The 2022 Tour of Poland celebrated its fourth stage this Tuesday, in which the Colombian Sergio Higuita (Bora) kept the leader’s jersey after a fall in the final section of the day; while the Olympic champion, the Ecuadorian Richard Carapaz advanced to the sixth place in the individual general.

The Colombian runner experienced a mishap after being part of a massive fall, which was about to change the scenery in the upper part of the race. However, this incident occurred in the last three kilometres, for which he retained his position as leader of the general classification.

Higuita was able to hold onto the leadership, escorted by the Spanish Pello Bilbao (Bahrain) and the Belgian Quinten Hermans (Intermarché). Meanwhile, Ecuadorian Richard Carapaz moved up one box and is now sixth.

The Ecuadorian Richard Carapaz entered box 24 with the same time as the winner of the day, who was the German Pascal Ackermann, from the UAE Team Emirates, who recorded a time of 4:21:46 hours on August 2, 2022, by ahead of Belgian Jordi Meeus (BORA – hansgrohe) and Italian Jonathan Milan (Bahrain – Victorious).

With that, the ‘Locomotive of Carchi’ improved one place in the ‘top ten’ of the general classification and is now sixth, 10 seconds behind Higuita, with 19:52:46 hours.

The Tour of Poland will continue until August 5, 2022.