Historic! Mauricio Moreira comes back and wins the Tour of Portugal 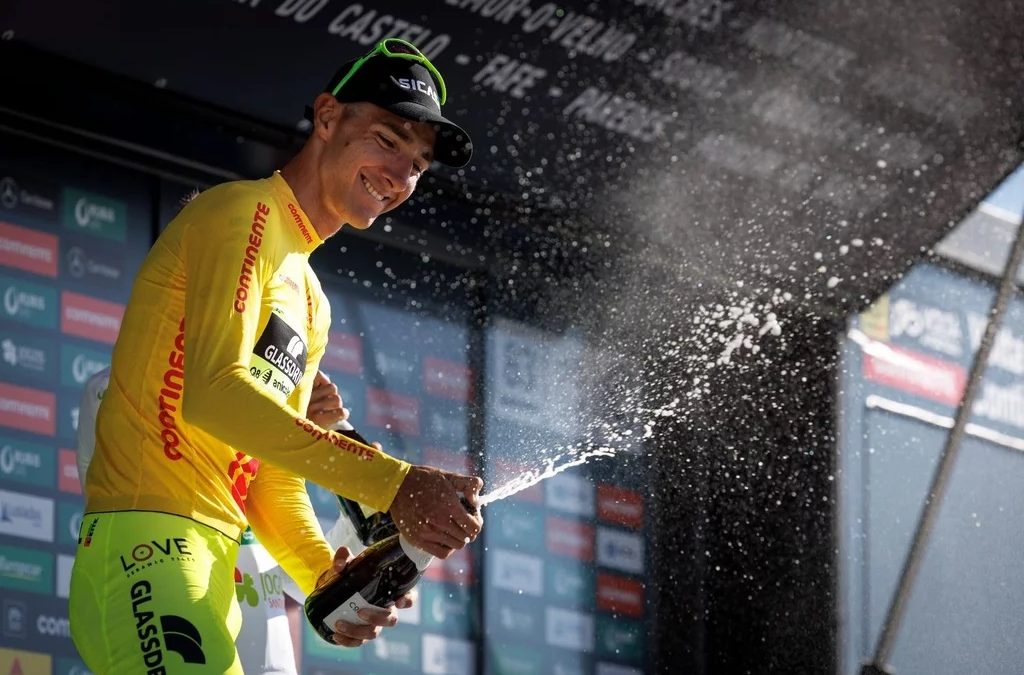 The Uruguayan cyclist Mauricio Moreira, of the Glassdrive/Q8/Anicolor team, won the 83rd edition of the Vuelta Portugal on August 15 after beating his teammate, the Portuguese Frederico Figueiredo, who had been leading the general classification for days in the time trial .

Moreira, 27, took first place in the individual general classification after 38 hours, 38 minutes and 31 seconds, and achieved a goal that had eluded him in 2021 after crashing in the final stage time trial and finishing second in the overall.

Speaking to the Portuguese channel RTP, the Uruguayan assured that this victory is “a dream”, despite the fact that he is not “as happy” as he would have liked because he “did not want to define the time trial with a teammate”.

“I just wanted to look forward and not have the same thing happen that happened last year,” added the Latin American, who won the Vuelta a Alentejo in 2021 and was second in the Boucles de la Mayenne in 2019. In second place overall Figuereido remained, who accumulated 1 minute and 9 seconds more, and in third place was the Portuguese António Carvalho, from the same team, 2 minutes and 35 seconds later.

They were followed by the Portuguese Luís Fernandes (+03:44), from Radio Popular-Paredes-Boavista; and the Spaniards Alejandro Marque (+05:17) and Delio Fernandez (+06:54), both from the Atum General/Tavira/AP Maria Nova Hotel team. The Portuguese André Cardoso (ABTF BETÃO – Feirense) was seventh (+07:31).

The top 10 of the individual general classification was closed by the Spaniards Jesús del Pino (+09:24), from Aviludo-Louletano-Loulé Concelho; Jokin Murguialday (with the same time), from Caja Rural; and Txomin Juaristi Arrieta (+10:28), from the Euskatel team.

The 83rd Tour of Portugal covered 1,559.7 kilometers of route, divided between the prologue and the 10 stages, with Lisbon as the starting point and Vila Nova de Gaia (Oporto metropolitan area) as the final goal of the test; with the participation of 125 cyclists from 18 teams.