HISTORICAL RESULT FOR MEXICAN CYCLING WITH GERARDO ULLOA IN CANADA 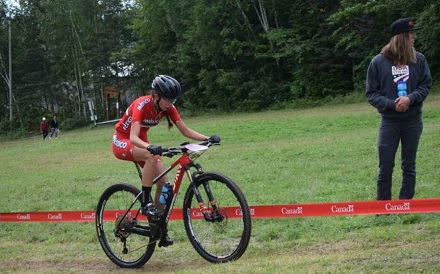 The newly Pan-American champion Gerardo Ulloa was ranked number 16, a historical event for mountain biking in Mexico, being the first Mexican to achieve such a feat in his debut in the elite category. In 2001, the great cyclist Ziranda Madrigal placed 15th in the World Championship in Vail, Colorado.

Gerardo Ulloa started in the 34th position to go back and forth, regardless of the quality of rivals with whom he was fighting a place, showing once again the physical and mental capacity he has obtained in his passage through Europe.

“I felt very good although I did not have a good start but I was recovering back after lap until I became top 15, in the end I closed in 16th place, happy to be in the top 20 in my first year of elite,” said Ulloa .
The Swiss Nino Schurter conquered the test with a time of 1 hour 27 minutes and 5 seconds, leaving the second position to his compatriot Matias Flueckiger, who registered a mark of 1 hour 27 minutes 35 seconds, to give the third place to the Frenchman Stephane Tempier . While the Mexican Ulloa recorded 1 hour 30 minutes and 27 seconds.

For his part, Monserrath Rodríguez made an excellent competition by placing himself in the 32nd position facing the best representatives of mountain biking in the world.

On Thursday, August 29, the youth Adair Prieto was present in the Junior category, he had to leave the event after a sharp fall, fortunately he did not pass the elderly.

The A.R. Pro Cycling Teams will be present on the seventh date of the UCI MTB World Cup that will take place in Snowshoe, Virgina on September 7 and 8. (deportedigital.mx)